Who Is David Lingmerth? 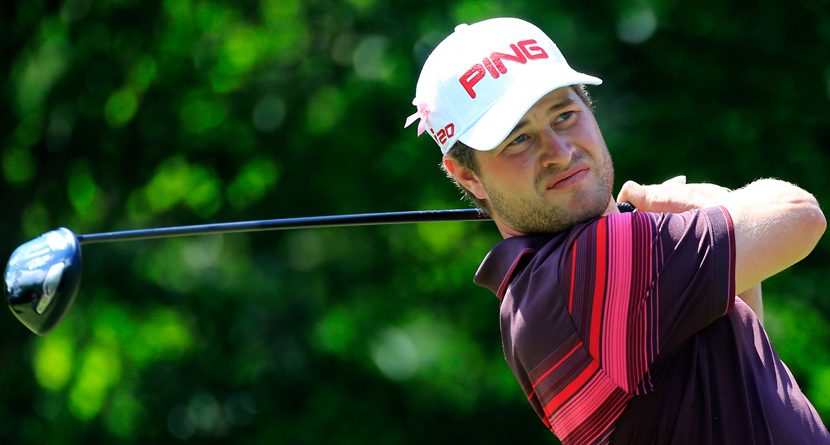 Like most of America watching the Players Championship Sunday afternoon, this question was the topic of conversation in our living room:

Who is this guy David Lingmerth?

And then there were the follow-up comments:

I thought his name was Ringwerth?

It reminded us of Cubs Manager Sal Martinella in the 1993 film Rookie of the Year, in which he can’t seem to get the last name of his new 12-year-old pitcher right (Gardenhoser!). His real name, of course, was Henry Rowengartner.

Born in Tranas, Sweden in 1987, Lingmerth played golf at the University of Arkansas before turning professional in 2010. He played on Web.com Tour in 2011 and 2012, and then moved up to the Big Leagues that is the PGA Tour for this season.

Lingmerth, who has made 13 starts in his rookie season but had missed his last five cuts, ended the third round of the Players Championship over the weekend tied for the lead with Sergio Garcia and Tiger Woods.

He was paired with Garcia for Sunday’s final round.

Talk about getting thrown into the fire.

As we saw on Sunday, Lingmerth hung in there and gave himself a chance to win … until he missed a 7-footer for birdie on No. 17 that would have tied him with Woods. And then on 18, the Swede needed a birdie to pull even with Woods and force a playoff.

He bogeyed and finished the day with an even-par 72. His four-round total put him at 11-under par, two shots behind Woods — who earned the second Players Championship victory of his career.

Still, it was a valiant and impressive effort by the 25-year-old who now has two runner-up finishes this season. Here are five facts about Lingmerth you probably didn’t know:

Lingmerth’s solid week at TPC Sawgrass improved his world ranking from 162nd to 91st. At this rate, another few top-5s and a victory will put him near the top.