Who Should Be Tiger’s Next Coach? 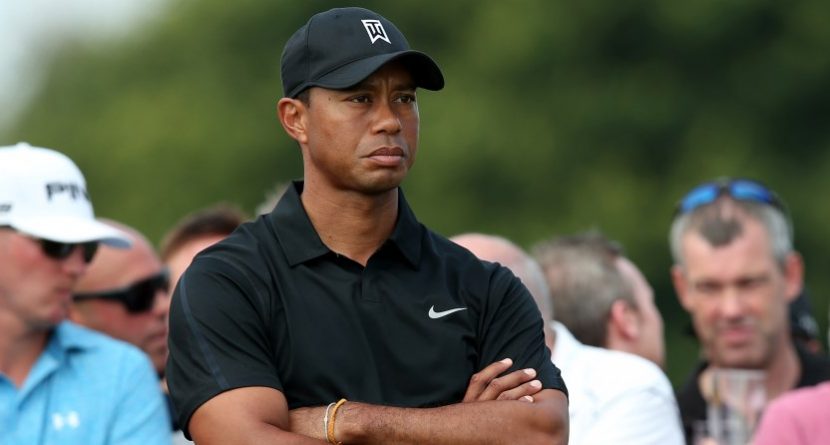 On Monday, Tiger Woods officially split from swing coach Sean Foley in a move that seemed to be long overdue. Woods’ lingering back issues and uncharacteristic play in 2014 prompted golf fans to question Foley’s mechanics-first-feel-second approach to the golf swing.

Following the news of both sides mutually going their separate ways, fans on social media began speculating who would be Foley’s replacement. The list of potential suitors is lengthy, but who should be the next coach to spend time in the Tiger Den?

Here are 9 leading candidates who could be strong possibilities.

Butch Harmon
When Tiger broke onto the PGA Tour scene in 1996, he almost immediately hired Butch Harmon as his mentor and coach. Over the next seven years, Woods proceeded to win eight major championships in just 24 starts and 34 total wins in 127 chances, or a 27 percent win rate. Granted, Tiger was much younger then and had yet to experience any substantial injuries, but Harmon is undoubtedly the favorite choice for those placing bets on who will be Tiger’s next coach.

Hank Haney
After Tiger “broke up” from Harmon in 2003 (Tiger never officially “fired” Butch as much as stopped calling him), he began working with Hank Haney, who all but totally changed Tiger’s swing. The result? Six additional majors and 31 total wins (33 percent) before Tiger and Hank would eventually part ways in 2010.

Michael Bannon
Contrived or not, the budding friendship between Tiger and current world No. 1 Rory McIlroy has been well documented. Rory has worked with only one coach in his career – Michael Bannon. Could Tiger be looking to borrow some time from Rory’s long-time coach? Considering McIlroy’s recent hotstreak, Tiger could make worse decisions.

David Leadbetter
David Leadbetter is a household name when it comes to top-notch golf instruction, and Tiger would be well-served under his tutelage. As the instructor to countless touring pros from all over the world, Leadbetter can most recently be seen instructing Tiger’s fellow Nike athlete, Michelle Wie. While Leadbetter has been more focused on building his 28 golf schools across the globe, he could be a fitting coach for this generation’s greatest talent.

Jim McLean
Like Leadbetter, Jim McLean has spent most of his recent years establishing a golf school community in cities all around the world. He has also personally coached many of the game’s best, including Gary Player, Sergio Garcia, Brad Faxon, Tom Kite and others. His students might not be in the limelight as often as Tiger has been in his prime, but McLean might be the perfect fit for a rehabbing Tiger.

Chuck Cook
Best known for his work with star students Keegan Bradley and Jason Dufner, Chuck Cook’s unique focus on feel in the golf swing might be exactly what Tiger needs at this stage in his career.

Steve Stricker
This might be more of a pipedream than anything, but Steve Stricker’s friendship with Tiger has spanned more than two decades. Stricker has also been known to offer putting advice to Tiger on occasion; an area of Tiger’s game that has lacked precision as of late.

Peter Kostis
Once regarded as one of Tiger’s biggest swing critics, Peter Kostis also knows a heck of a lot about the golf swing. His knowledge of swing mechanics might be a little too technical (especially since Tiger just parted ways with Sean Foley’s similar focus), but his no-nonsense approach might be of interest to Tiger.

Himself
At the end of the day, of course, Tiger could simply go “coachless” and try to figure things out on his own. He’s long heralded the lessons he learned from his late father, Earl, as the most valuable, especially on the putting green. Nobody knows Tiger’s body and swing better than the man himself, and at this point in his career he might not have anything to lose by going this route.