Who Would Be In A PGA Tour Dunk Contest? 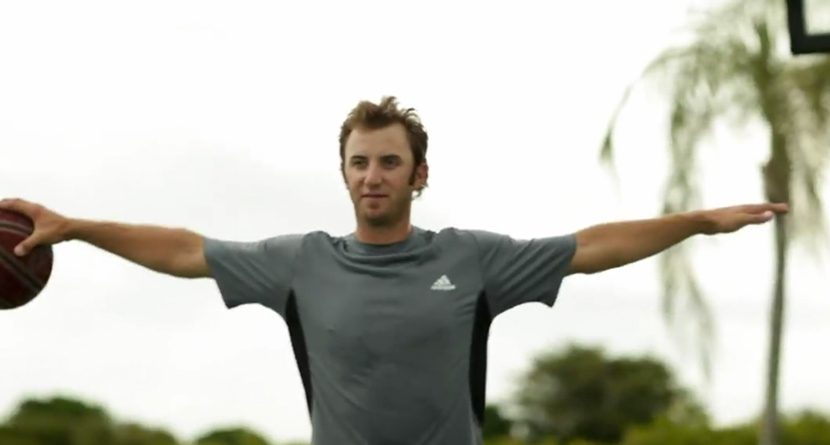 The NBA had it’s All-Star Saturday Night capped off by one the best slam dunk contests in recent memory when Zach LaVine outscored Aaron Gordon in the second bonus round.

That got us thinking: who would be in and win a golf-inspired dunk contest.

Golf has a history of catching a lot of flack as a sport played by inferior athletes, but there’s a group of modern golfers breaking down that stereotype every day on and off the course. Here are three guys who have some bounce and have proven they can dunk.

The Stanford product is the prototypical modern golfer: young, fit and athletic. But even those three attributes don’t guarantee dunk ability. As people Rodgers’ age like to say, “picture or it didn’t happen.” Well, it happened:

DJ is the go-to when we talk about the “athlete golfer” and he is probably the odds-on favorite to win our hypothetical dunk contest given what we’ve seen from him.

Finau is a second-year pro from Utah. His size alone is an indicator that he can play some hoop, but then you find out that his second cousin is the 2014 NBA Draft’s second overall pick and you’ve got a certified baller.

Lots of people ask if I can dunk a basketball??….. Answer : yes! No running start needed.

While Rodgers throwing one down is nice, Finau vs. Johnson would be golf’s version of LaVine vs. Gordon.