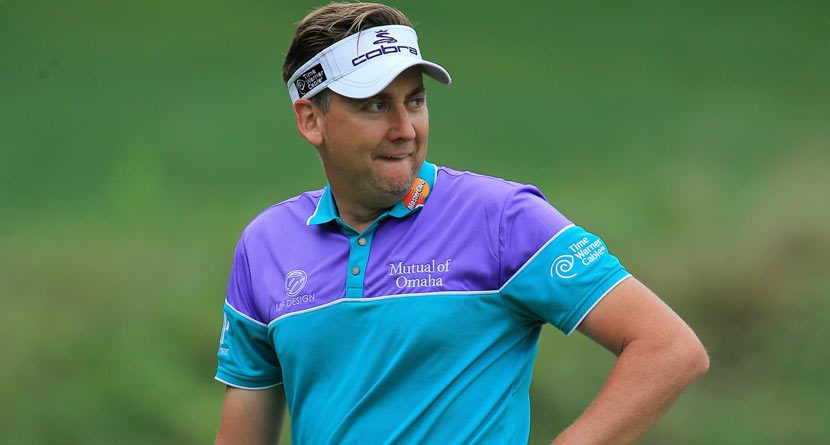 During the second round of the PGA Championship, Ian Poulter made a decision that can only be considered — hmm, how do I put this nicely? — questionable.

Finding himself on the ninth green — but in another zip code from the flag — the cheeky Englishman decided that a wedge from the green was the best option to stick it close:

Whatever happened to the old saying, “Your best chip is always a putt?” Poulter certainly regretted his decision:

Teeing off at 10.30 in the morning. Really disappointing to double bogey 9th, stopped some good flow for a while. swing feeling really good.

Despite the mistake, Poults is still having a pretty good week at Valhalla, making the cut at 1-under par.