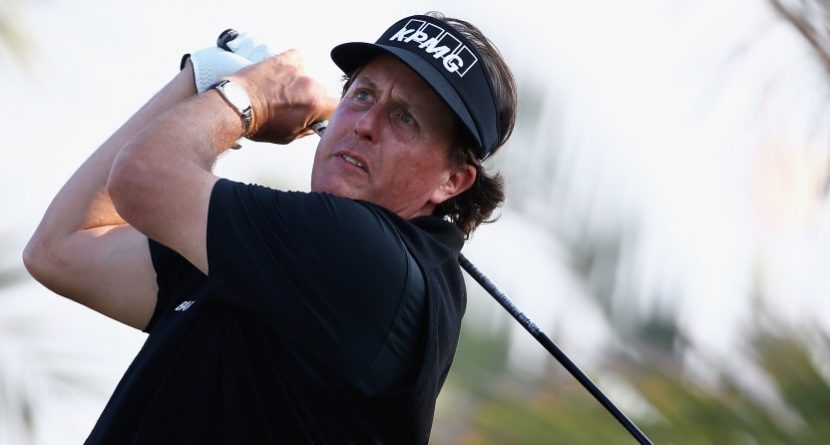 It is the one major Phil Mickelson has always wanted to include on his resume, apart from the Masters: the U.S. Open. While he has come close multiple times in the past, it is a victory that eludes Mickelson year after year.

According to the reigning British Open champion, however, a new driver in his bag might be the missing link to bringing home the national championship.

Mickelson has the new Callaway Big Bertha Alpha driver in his bag, according to Golfweek’s Alistair Tait, and is reportedly loving every minute of it. In fact, Mickelson believes this may be the best driver he’s ever hit. “As I look back on 2013, I played some of my best golf and had some huge breakthroughs, but I did most of it without a driver,” Mickelson said. “This year I have the best driver I’ve ever hit that lowers my spin rate just like my 3-wood. I drive it longer and straighter with my driver than I did with my 3-wood.

“It’s a whole different weapon in my arsenal now, and if I drive the ball well, like I have been in practice and in the off-season, heading into this 2014 season, it could be the best year of my career for that simple reason.”

Of course, duplicating what one does on the driving range while out playing tournament rounds remains golf’s biggest challenge.