Wing Tips: Justin Rose Tees Off Atop A Boeing 747 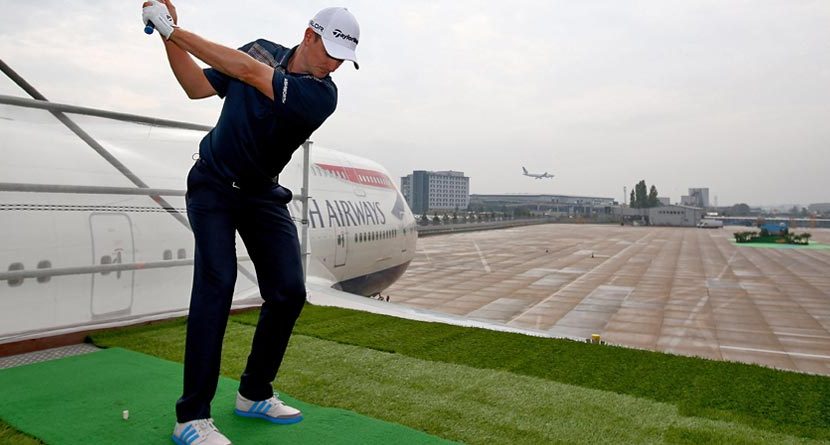 Fresh off of a European victory at the Ryder Cup, Justin Rose wasted no time before pulling out the sticks again. Only, this time it wasn’t on a golf course.

On Monday, Rose took part in a fundraising event for the Kate and Justin Rose Foundation where he teed off from the wing of a British Airways Boeing 747.

Rose hit several shots to a target from 180 yards away in an attempt to raise money for his charity. If his swing was as dialed in as it was at Gleneagles, he probably raised a fortune.

He also offered a few tips to some former soccer players, who also hit shots from the wing. Afterwards, Rose decided to take the controls and get himself home.

Great week at the Ryder Cup, now time to get on my @british_airways flight back to see the family.… http://t.co/w0LVMFzGHB

Related Link: Golfing On Airplanes Is Really Taking Off