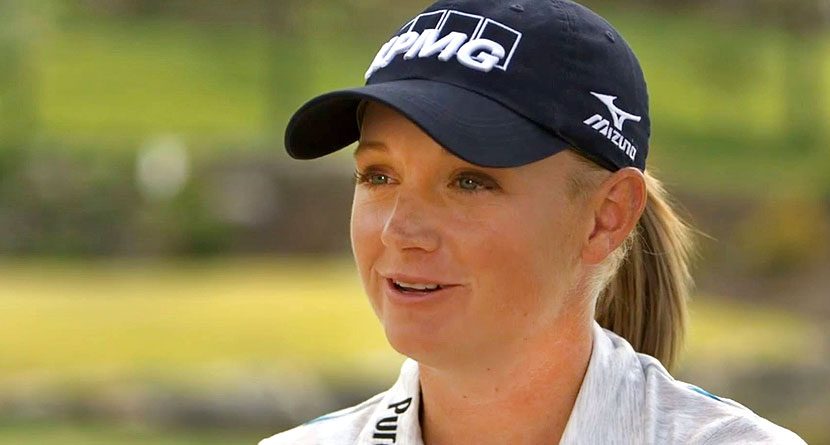 The best female golfers in the world are getting a new major – or upgrading a current one, however you want to look at it.

After the final putt drops in August at the Wegmans LPGA Championship at Monroe Golf Club just outside of Rochester, N.Y., the event will officially become the Women’s PGA Championship. The PGA of America will run the tournament – its first women’s major – and KPMG has signed on as the title sponsor. The 2015 event will take place at Westchester Country Club in New York, and rotate to major markets in the years that follow.

Up for grabs at the Women’s PGA will be $3.5 million, a purse that’s $1.25 million bigger than this year’s LPGA Championship. And the new/upgraded major will also get TV time from NBC, joining the U.S. Women’s Open as the only LPGA Tour events on network television. Also on tap during the week of the Women’s PGA will be a symposium gathering female execs from sports, business, politics and society. KPMG will host the conference, and will prefer that the tournament continue to reside in major markets, thus making its seminar more accessible.

“I am so excited to see the LPGA Championship take another huge leap forward,” LPGA legend Nancy Lopez told the Associated Press. “For me, it has always been a special event that every player strives to win. But now, with the addition of network television, the awesome jump in prize money and the rotation of world-class venues — plus the opportunity to impact women in golf and in business — this is big time.”

Like the men’s PGA Championship, the women’s event will provide spots in the tournament for teaching pros. The PGA of America has nearly 27,000 members, and the LPGA runs a Teaching and Club Pro division. From these groups, about eight club professionals will be chosen to play the major.