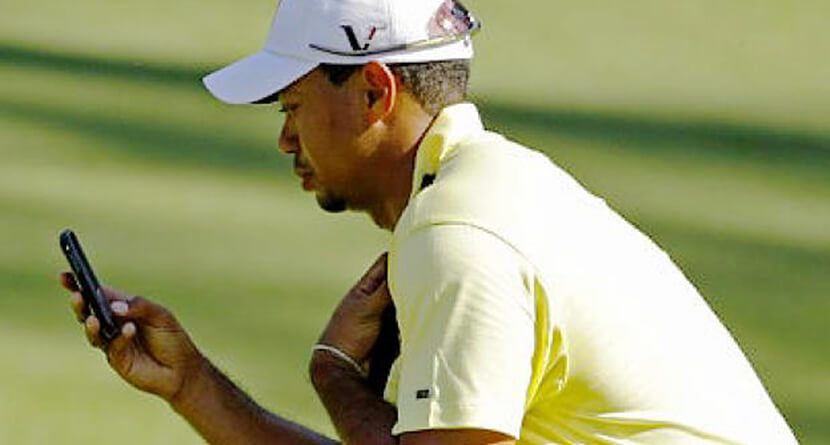 Amid the chaos that rained down on the United States Golf Association for the lion’s share of the back nine on Sunday at the U.S. Open, one of the game’s foremost governing bodies alienated themselves from the very public they were created to protect.

By now, you’ve seen the controversial moment on the fifth green — if you haven’t, here’s our round up of the final round — when Dustin Johnson’s ball moved prior to him addressing it. As soon as it happened, Johnson brought in a rules official who signed off on Johnson’s insistence that he had not caused the ball to move. However, other USGA rules officials weren’t so sure and, after heading to the 18th tower with Joe Buck and the guys at Fox, made it pretty clear that DJ was going to be assessed a penalty.

Some great golf by @DJohnsonPGA all week, strong way to finish overcoming that rules farce. Happy Father's Day to DJ and all of you.

This is ridiculous… No penalty whatsoever for DJ. Let the guy play without this crap in his head. Amateur hour from @USGA

This isn't right for anyone on that golf course. If it was me I wouldn't hit another shot until this farce was rectified.

Lemme get this straight.. DJ doesn't address it. It's ruled that he didn't cause it to move. Now you tell him he may have? Now? This a joke?

DJ took the high road to take that penalty. This ordeal cannot be overlooked because of a multiple shot victory

.@JordanSpieth @McIlroyRory w/ you boys! The fact that the @usga thinks that DJ caused the ball to move is completely ridiculous! Laughable!

No way DJ gets a penalty. Use some common sense @usga The greens are running 14 and are sloppier than Mount Everest

Have you seen how much these putts are breaking @usga, the green speed and slope caused the ball to move. #moveon

This is so simple, yet the @usga is making it so convoluted. Only way ball can move backwards is if DJ grounded his putter. He didn't

The guy is trying to win a US Open. And you mess with his head like this. Standard stuff from the @USGA. #terrible

So you're gonna tell a guy w/o a major that's leading that he may not be leading after one of your white hairs already cleared him @USGA?!?

These are the guys who make our rules? #scary

Hey @USGA, it's impossible for DJ to cause the ball to move backwards!!!!!!! #commonsense