Wozniacki To Caddie For McIlroy At Par-3 Contest 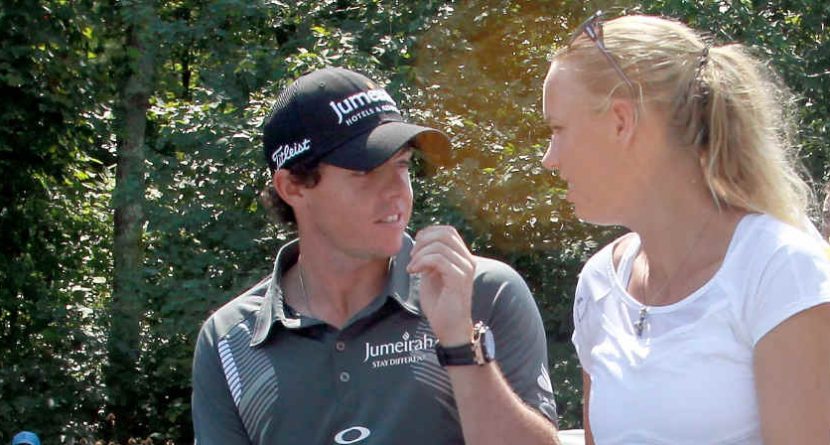 During the Wednesday tradition that is the Masters Par-3 Contest, it has become commonplace for wives, girlfriends and kids to caddie for the Masters contestants as they try-but-don’t-try to win the major precursor.

Caroline Wozniacki is about “95 percent” to join in that tradition, toting boyfriend Rory McIlroy’s bag.

“It’s taken a lot of encouraging but Caroline’s about 95 percent agreed to caddying for me in the Par Three Contest,” McIlroy said Saturday after the third round of the Valero Texas Open. “I’ve had my dad caddie before so it will be great to have Caroline caddying for me this year.”

However, it doesn’t sound like the better half of Wozzilroy is excited about the required fashion.

“Since meeting her she’s getting into golf so I’m sure she will enjoy the experience,” McIlroy said, “despite having to wear a pair of those white overalls.”