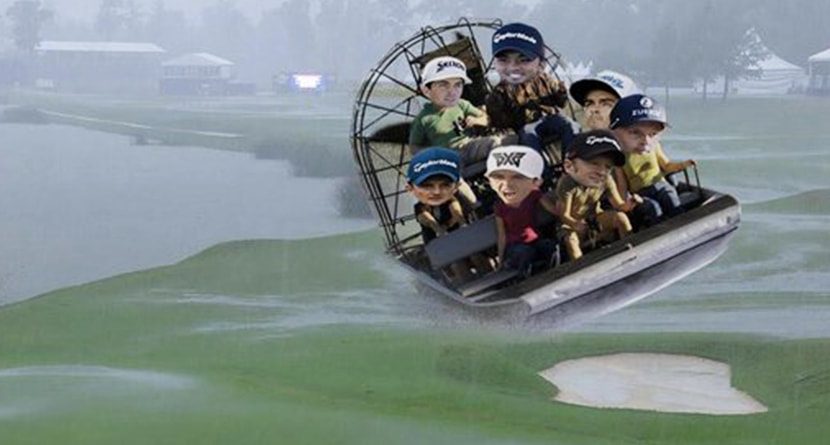 Round 3 will have to wait.

A 54-hole Monday finish is on the horizon @Zurich_Classic. https://t.co/8KYFw8IdWt

Sunday was a different day with the same script at the Zurich Classic of New Orleans. With just enough of a window to get the players on the course for a few hours, the skies opened up shortly thereafter suspending play, which was still in the third round.

Brian Stuard and Jhonattan Vegas share the lead at 13-under par, one shot clear of rookie Bobby Wyatt and two shots ahead of Jamie Lovemark. Jason Day, Charley Hoffman, Charles Howell III, Scott Stallings and Chris Kirk are all at 10-under par and three strokes back.

As a result of the delays, the PGA Tour announced that the tournament would be shortened to 54 holes, if possible. If 41 players cannot complete their third round on Monday, the tournament will be relegated to a 36-hole unofficial event and Stuard would be declared the winner with some caveats.

Lots of questions about 36- or 54-hole winner scenarios in New Orleans. The answer: pic.twitter.com/l6jRagauWy

The last time that @Zurich_Classic was shortened to 54 holes was in 1985. Winner that week: Seve Ballesteros.

Play was scheduled to resume on Monday morning at 8 a.m. EST.