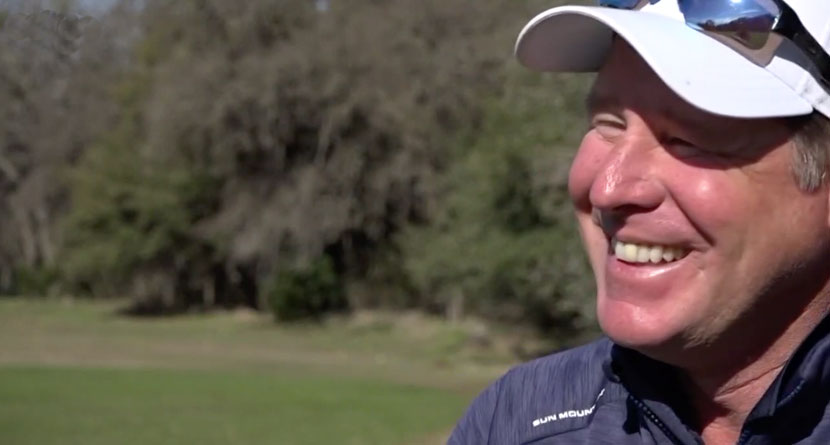 Caldwell is the founder of Total Golf Performance, the premier golf academy in San Antonio, and the Director of Instruction at Canyon Springs Golf Club in San Antonio. One of 20 U.S. Kids Golf Level 2-Certified Coaches in the world, Caldwell has been named an Honorable Mention Top 50 Kids Teacher three times and named U.S. Kids Top-50 Coach in the world in 2017 and 2018. In 2006 and 2011, Mark was selected as the Southern Texas PGA Western Chapter’s Junior Golf Leader. Caldwell serves as a member of both the PGA of Central Texas Leadership Committee and the Southern Texas PGA Junior Golf Committee. He has coached 42 U.S. Kids Golf local tour champions; three high school district champions; three San Antonio City Girls Champions; and Aadi Parmar, who recently made it to the Drive, Chip and Putt National Finals this week at Augusta National.

“I’m excited to launch my own personalized training and coaching app with SwingU Academies to stay more connected with my players through the evolution of their games,” said Caldwell. “We’ll be providing students with better technology, communication and features, allowing our staff to provide better coaching, engagement and results on the course.”

Caldwell’s instruction & training app will provide his students with an engaging, academy-like experience, including a student- and staff-generated content feed; a student swing locker for filming & saving swings; a VOD library of drills & lessons; and 1-on-1 communication, allowing for swing analysis, prescriptive drills and regular touch points. Due to the integration of SwingU’s top-rated GPS & scorecard app, Mark will be able to immediately analyze students’ rounds, stats and on-the-course performance when students use SwingU on the course.

Caldwell got his start in coaching as at Bent Tree CC in Dallas, TX (1996-1999); moving to South Texas to open The Club at Comanche Trace in Kerrville, TX (1999-2001); and then moving to Oak Hills CC in San Antonio (2001-2004). Caldwell also served as the PGA Head Golf Professional and PGA General Manager/Director of Golf at Riverhill CC in Kerrville, TX from 2004-2010. Prior to joining Canyon Springs, he was a teaching professional at The Range at Leon Springs in Boerne, TX. An accomplished player, Caldwell played professionally for four years on the Adams Tight Lies Tour and had a top-25 finish in the 1996 Texas State Open. His many teaching mentors include Golf Magazine Top-100 Teachers Dave Stockton, Hal Sutton, David Toms and Lord Byron Nelson.