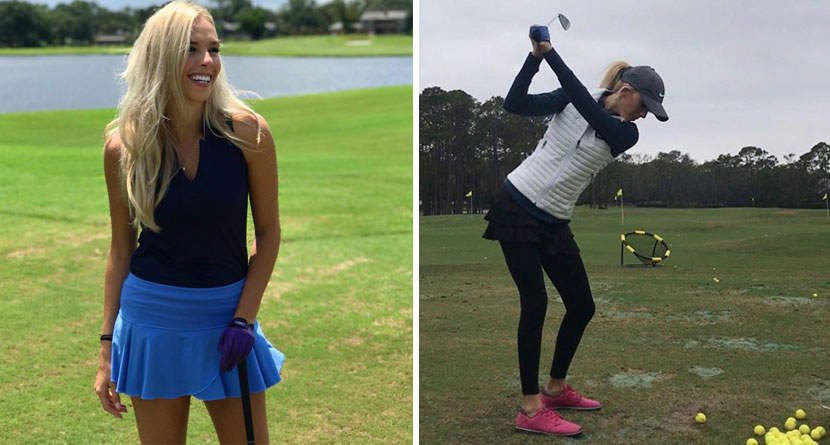 SwingU offers three industry-leading mobile golf apps (SwingU, gottaGolf and The Golf Tracer) and publishes daily content to golfers via the SwingU Clubhouse & SwingU Instruction newsletters and websites. Since the company launched in 2010, over 4.5 million golfers around the world have registered to use its top-rated apps.

Lobb (@eliselobb) is one of the most influential females in golf with nearly 300,000 followers on social media. As an elite golfer and social media expert, Lobb will have a versatile role at SwingU, focused on instruction & training, original video production, marketing, live events and user acquisition. She will also be a featured instructor in the SwingU Clubhouse’s “Golf 101” series, distributed to 1mm+ subscribers daily via email.

“We are very excited to have Elise join the team,” said Clint Jarvis, Chief Content & Marketing Officer at SwingU. “She’s a talented golfer and communicator who knows how to create a large, engaged golfer audience. She’s a tremendous addition to an already incredible team.”

“I’m thrilled to be joining SwingU,” said Lobb, “It’s so exciting for me both personally and professionally to learn from the top instructors in the world and help the SwingU audience play better golf. I can’t wait to get started.”