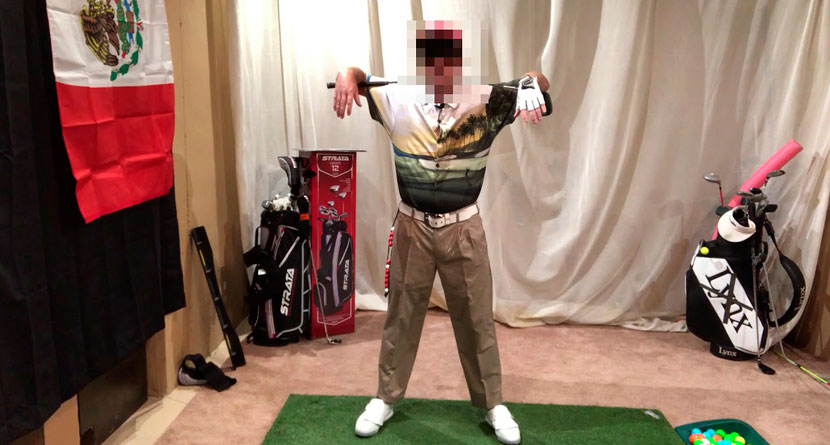 With nearly 90,000 dedicated followers, CPG is one of the most influential golf instructors in all of social media (@ClubProGuy). Unlike most top instructors who never sniffed tour longevity, CPG made more than a dozen cuts on the Mexican Mini-Tour over a 14-year career, including the famed Yucatan Masters and the prestigious Matamoros 4-Ball. He also holds the distinction of defending his 6,583rd position in the Official World Golf Rankings (OWGR) for 311 weeks. His astounding career culminated in 2003 when he was inducted into the Mexican Mini-Tour Golf Hall of Fame with the lowest percentage of votes of any other inductee in that tour’s history.

His proprietary 7-4-7 Swing Thought System® and his Stack and Jilt™ Short Game Plan have been widely panned in the industry for more than a decade, despite producing multiple net club champions. “The golf swing is so incredibly complicated and difficult,” said Club Pro Guy. “I teach a system that focuses on body part awareness. There are over 600 muscles in the human body, and it’s critical that my students learn to be hyper-aware of where each muscle is during each and every phase of the golf swing. It’s not only an arduous and never-ending process, but it’s also an expensive one.”

“As you can imagine, CPG has been on our radar for quite a while,” said Charles Cox, CEO of SwingU. “Now that the ink is dry, I can admit that it would have been truly embarrassing to have claimed the ‘best instructor team in golf’ without CPG on that roster. He brings so much credibility to the table due to his accomplishments inside and outside the ropes- whether it’s his international performances under pressure or his God-given ability to break down the swing for amateurs into only 18 simple steps.”

SwingU offers the industry’s easiest-to-use, game-improvement app and publishes daily content to golfers via the SwingU Clubhouse e-newsletter and website. In addition, SwingU provides advertising and direct-to-consumer solutions through SwingU Marketing and third-party app development through SwingU Academies. SwingU has grown to more than 4.5 million app users worldwide, building a best-in-golf reputation for on-the-course GPS & scorecard functionality and the most comprehensive golf instruction & coaching features in the world.