SwingU Versus Ambassador Ben Carr Earns Invite To Masters, US Open Via US Amateur Runner-Up 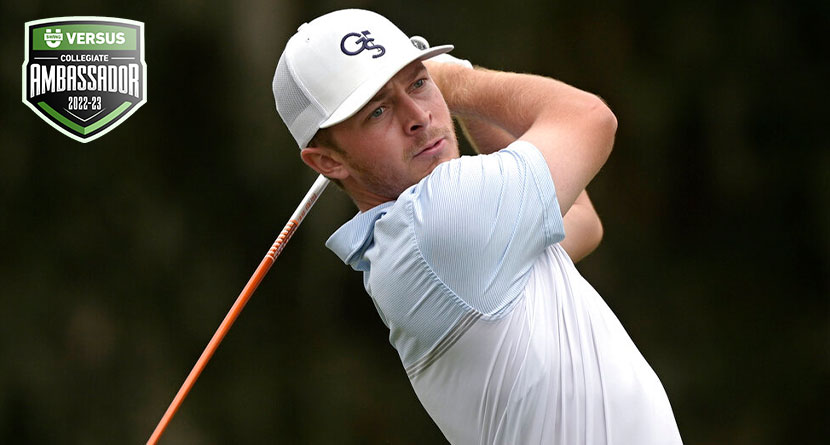 SwingU, the sports technology and media company, would like to congratulate SwingU Versus Ambassador Ben Carr on his incredible run at the U.S. Amateur this past week, which resulted in a runner-up finish, earning him an exemption to the 2023 U.S. Open and a likely invitation to the 2023 Masters.

Carr, a fifth-year senior at Georgia Southern who started using SwingU Versus in December 2021 to track his stats and guide his practice sessions, advanced out of the two-round stroke play portion of the championship with back-to-back 72s to earn the 34th seed in match play.

Playing five rounds of match play in four days, Carr advanced to the 36-hole final on Sunday at Ridgewood Country Club in Paramus, NJ, where he fell to Sam Bennett, the No. 3-ranked amateur in the world, 1 down.

A round of applause for @bencarr__ and the incredible fight he showed this week on his way to a runner-up finish. 👏👏👏#USAmateur | @GaSouthernGolf pic.twitter.com/4a2SpmHVat

Prior to the start of the event, Carr and the four other SwingU Ambassadors in the field — Auburn’s J.M Butler, Georgia’s Caleb Manuel & Nic Cassidy and Tennessee’s Bryce Lewis — were provided with a Tour-level statistical breakdown of the host course by SwingU Chief Data Officier Peter Sanders.

“The course guide helped a ton,” Carr said. “You’re looking at Tour stats and a Tour guide, you can’t beat. The handful of us who were able to get the course guide from SwingU, it did wonders for me, and I’m sure the other guys as well.

“Having that extra bit of knowledge and information out here can go a long way. When you’re doing a two-round cut, one shot here or there is substantial.”

A three-time winner at Georgia Southern as well as the 2021 Southeastern Amateur champion, Carr has been an All-Sun Belt performer three of the last four seasons. He was a 2021-22 PING All-America Honorable Mention and named as one of 15 finalists for the 2022 Fred Haskins Award, which is presented annually to the most outstanding men’s collegiate golfer.

Heading back to Georgia Southern for his fifth year, Carr will continue to use SwingU Versus to track his stats, prepare for tournaments and guide his practice.

“I definitely like the strokes gained aspect of (SwingU); that’s the biggest thing I focus on,” Carr said. “Just seeing myself improve, especially putting and around the greens, puts a smile on my face.

“Being able to track that and have that knowledge at your fingertips, it shows you where you’re struggling and where you’re excelling, and you go from there to get better.”