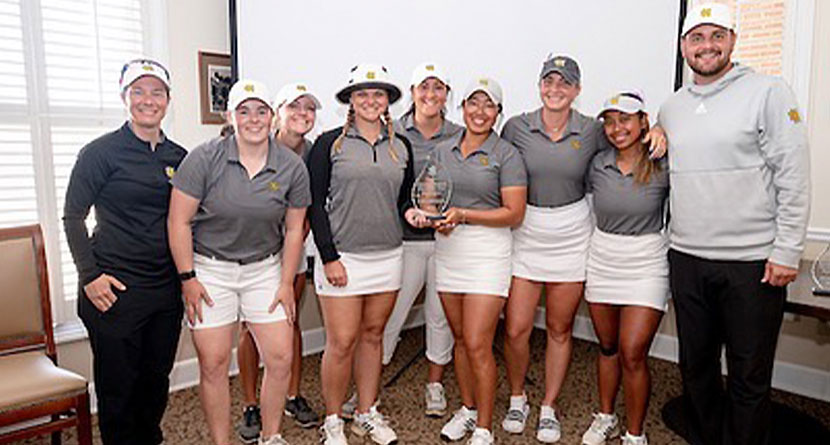 SwingU, the sports technology and media company, would like to congratulate SwingU Versus Schools Client Kennesaw State University for winning the Pinetree Women’s Collegiate at Pinetree C.C. in Kennesaw, Ga.

The Owls started using the SwingU App and its proprietary Versus strokes gained and stat tracking system in September 2021. In the months since, they have now won twice — first at the Rio Verde Invitational at White Wing GC in Rio Verde, Ariz. at the end of February and again last week at the Pinetree Collegiate.

“The girls are really quick about getting their stats in and they have a good handle with how easy it is to put those stats in,” KSU head coach Erin Thorne said. “The strokes gained stats are something my assistant and I talk about all the time.

“We’re looking to see how we can find those fractions of a shot for each player and the team as a whole. Overall, (SwingU Versus) is a good system for us to get what we need and direct us toward what areas we need to focus on in practice.”

KSU won the event by eight strokes over second-place Xavier University. The Owls led the field in par-5 (4.88 average) scoring and tied for the best in par-4 scoring average (4.29). They also were the only team in the field to not have a player in the starting five post a score higher than 79.

The Owls were paced at Pinetree by junior Bella Kil, who earned medalist honors with rounds of 70-70-74 to post 2-under par 214. All five players for KSU finished inside the top-25 of the 68-player field.