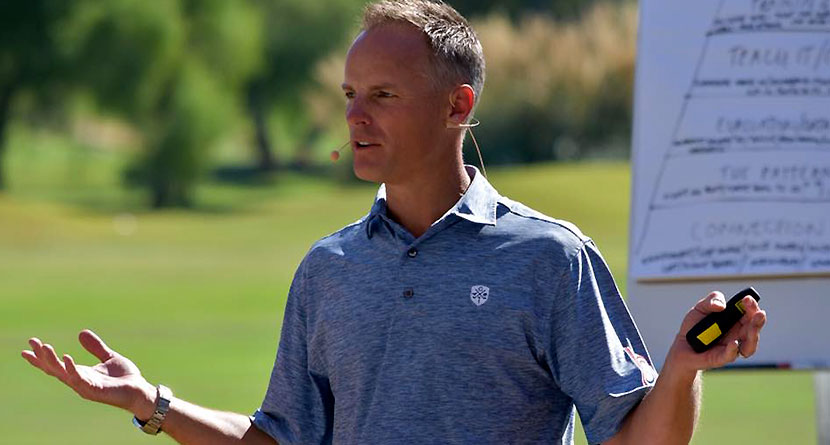 Mark has been recognized by several authorities as one of the top golf instructors in the world. He was the Alabama NW Florida Section PGA Teacher of The Year in 2008, 2009, 2010 and 2015, a finalist for The PGA National Teacher of The Year 2010-2014 and 2016, a Golf Magazine Top-100 Teacher and one of Golf Digest’s 50 Best Teachers in America (#27). In addition, Blackburn had a successful on-course career, having played several years on mini-tours, earning a spot as an alternate in the 2002 U.S. Open at Bethpage Park, winning in the Dixie Section PGA and playing in multiple PGA National Championships.

“I’m excited to join the SwingU Master Faculty,” said Blackburn. “It’s the perfect platform to share my teaching and coaching philosophy to golfers around the world. The Blackburn Golf Academy team will provide practical solutions for golfers of all levels to shoot lower scores. Through our online PDEV coaching continuum, subscribers will learn their own unique roadmap for developing high performance.”

“Mark is an awesome addition to our Master Faculty,” said Charles Cox, CEO of SwingU. “His pragmatic, holistic approach and Tour-caliber student base should really resonate with our amateur golfer audience. We are very excited to market and launch the Blackburn Golf Academy app this spring.”

Founded in 2010 and headquartered in Hartford, CT, SwingU offers golfers the industry’s easiest-to-use, free GPS, scorecard, statistics and game-improvement app. In addition to publishing daily content to golfers via the SwingU Clubhouse newsletter and website, SwingU provides advertising solutions to its 1mm+ golfer subscribers through its SwingU Marketing division and third-party app development through SwingU Academies. SwingU has grown to more than 4.5 million app users worldwide, building a best-in-golf reputation for on-the-course smartphone technology and the most comprehensive golf instruction & coaching features in the world.