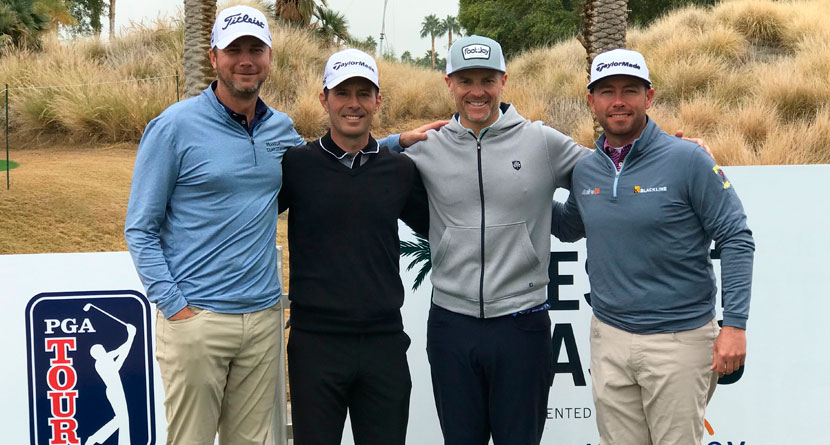 Originally from London, England, Blackburn arrived in America in 1994 on a college golf scholarship to The University of Southern Mississippi, where he became a multiple letterman and team captain. Blackburn began with a successful on-course career, having played several years on mini-tours, earning a spot as an alternate in the 2002 U.S. Open at Bethpage Park, winning in the Dixie Section PGA and playing in multiple PGA National Championships. Founding Blackburn Golf in 2000, Mark, a Certified PGA Member, built the academy with hopes of developing individual excellence and elite performance for all students and skill levels.

The Blackburn Golf Academy app will provide students with an engaging, academy-like experience, including a content forum where both students and Mark will share video, stories and interact on everything in golf; a student swing locker for filming & saving swings; a VOD library of drills & lessons; and 1-on-1 streamlined personal communication and lesson booking directly from the app. Due to the integration of SwingU’s top-rated GPS & scorecard app, Mark will be able to immediately analyze students’ rounds, stats and on-the-course performance when students use SwingU on the course.

Founded in 2010 and headquartered in Hartford, Connecticut, SwingU is a golf technology and media company. The company owns and operates top-rated mobile apps: SwingU (GPS, scorecard, statistics & instruction); gottaGolf; and The Golf Tracer (social and ball tracing). SwingU Marketing offers world-class branded content & marketing services, giving advertisers access to SwingU Clubhouse, the most engaged daily golf e-newsletter in the world, as well as more than 1 million monthly active users across all of its platforms. SwingU Academies is a division of SwingU that provides teachers, academies and clubs with personalized, branded instruction & training apps, allowing coaching clients to grow in-person lesson revenue and build an online academy-like environment, driving both engagement and business development between students and staff.