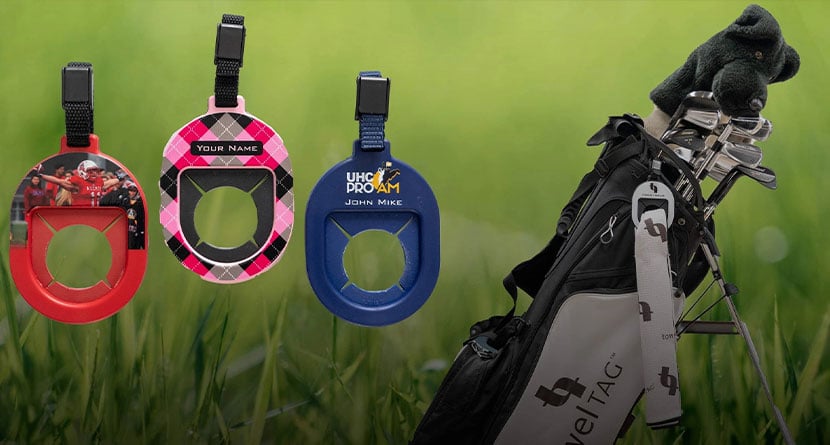 There are two types of golfers you’ll find on the course: those who carry their own towel, keep it wet, use it between shots and on the greens, and those who don’t.

That’s not to say one type of golfer is superior to the other, but without any scientific evidence to back it up, it’s safe to say that those in the former group take their golf more seriously, by and large, than those in the latter group. Again, not casting aspersions, but there’s something to be said about the attention to detail and the willingness to use a little elbow grease to keep your clubs and your ball clean that seems to separate the two groups.

As a religious towel carrier and someone who tends to walk the majority of their rounds, there are obvious downsides to requiring a towel for practically every shot you hit: it’s very easy to drop or leave behind, which can result in long walks retracing your steps, the embarrassing “did you guys find that” conversation with the groups behind or simply losing a quality towel.

That’s only three of the innumerable things Craig Holub set out to eliminate with the Towel Tag, taking the traditional features of the bag tag and incorporating an accessible towel holder that allows golfers to secure their towel between shots and easily extricate it to use away from the bag.

Towel Tag HQ is coming together! It is only fitting to hang our Towel Tags on a wall that can showcase the amazing product but also give clubhouses a look a how our packaging takes up 1/4 of the space of any other towels! Get your club carrying TT’s!#throwinthetowel #beapro pic.twitter.com/AGNXVZrlci

As somewhat of a towel snob — must be waffle microfiber or borderline beach towel material — I was pleasantly surprised to find a customized SwingU Towel Tag sitting on my front porch a few weeks back.

Without knowing much about the company, the intuitive design and purpose was evident from the unboxing. Easily attaching to your bag with a simple clasp, the Towel Tag will pay for itself as soon as you begin to use it thanks to its rubber middle that holds the towel in place. In fact, the towel holder is so durable, you can give it a good pull before the towel comes out.

On the bag and ready for its paces, the Towel Tag immediately showed its worth as a simple pull kept my towel within arm’s reach for 18 holes. There wasn’t one time that I had to make the walk of shame back to the tee where I had set my bag down to retrieve a towel that was lost as I hurdled my bag over my shoulder.

Cool concept here from @toweltag. Customizable tags and towels from our friends in Ontario. Maybe this will eliminate my very real problem of losing golf towels! pic.twitter.com/L2OfObdZFx

What’s even better — and what my boss is sure to like — is that during a member-guest that took place during my testing, the Towel Tag turned into an easy “what is that/what do you do,” ice breaker. Thanks to the customization options Towel Tag made up for me, at least once a match, the Towel Tag was a talking point that transitioned into a sales pitch of sorts for SwingU and my job here.

Starting at $14.99 and with a myriad of options for customization, the Towel Tag is a must-have for golfers who use a towel at all on the golf course. Not only does it do what your typical grommet-held towel does, it does it better with more style and efficiency.

A simple tug will have your towel ready to go with you to the green without messing with unlocking and replacing of the grommet. When you’re heading to the next hole, it’s a push and pull through the Towel Tag — you really only need to get maybe a quarter or a third of your towel through the hole — and you’re off and running.

Towel Tag PGA Tour Ambassador Kurt Kowaluk had a day off and took full advantage to hit the course and enjoy the day with a pretty fun crew by the looks of it! #throwinthetowel #insidetgeropesdayoff #pgacaddie @pga @redrockcc@jdsmth@geoffedlund
@redrockcountryc pic.twitter.com/jhAdud5lJn

It’s perfect for walking or riding and probably even better for an outing or event. It’s practical, well-made and will save you money in towel expenses for years to come.

Learn more and order yours at TowelTag.com.