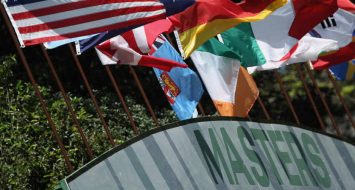 The 2013 Masters field will be finalized Sunday as the last putt drops at the Valero Texas Open. One spot remains available to the winner of the tournament in San Antonio if they’re not already qualified. The final field will be either 93 or 94 players, depending on the possible final addition. Here’s a look at the 93 already qualified players. 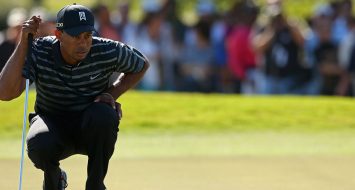 To Save Strokes, Work On Your Flat Stick

Tiger Woods became the No. 1 ranked player in the world this week by virtue of his victory in the Arnold Palmer Invitational. Tiger has resurrected his golf game in 2013 and his ability to make putts has been a major reason. The win at Bay Hill was his second in two starts since he received a putting lesson from his good friend Steve Stricker at the WGC event at Doral. 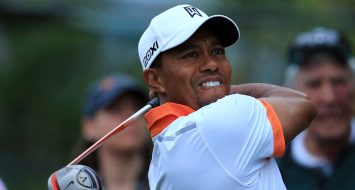 Welcome to this week’s Superlatives, where Jon Lord dusts off the yearbook to get you ready for the first two rounds of the Arnold Palmer Invitational. 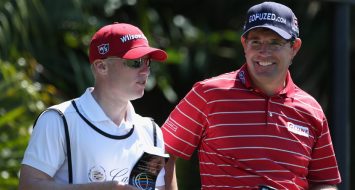 9 Players Who Put Irish Golf on the Map

Joe Carr The antithesis of Christy O’Connor’s gruff club professional, Joe Carr was a middle class cosmopolitan and one of the last great career amateurs. In addition to dominating the Irish unpaid circuit and Walker Cup … 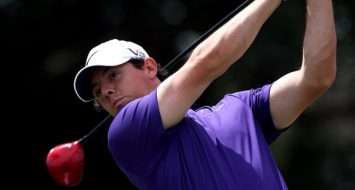 Rory McIlroy showed up at PGA of America headquarters on Monday afternoon around 3:30 p.m. He was a bit early and spent the first few minutes of his visit posing with the pair of trophies that he would be presented later on, the PGA of America Player of the Year Award and the Vardon Trophy. Both were fruits of his outstanding 2012 season which has earned him the No. 1 spot in the Official World Golf Ranking. 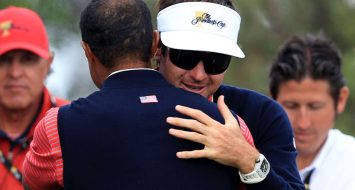 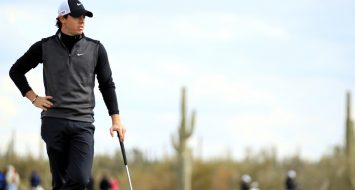 Ted Talks: One Shot at a Time

This is all of the controversy you can dig up on the Irish kid with the black hair resembling an inverted bird’s nest, hidden by his Swoosh hat each week. Seriously, that’s it? McIlroy is a Roman Catholic. Despite growing up in a small Irish village in County Down, he carries a British passport. His great uncle was killed by the Ulster Volunteer Force in a sectarian attack at his east Belfast home in 1972. McIlroy’s main sporting passion outside of golf is for the Ulster rugby team. He often interrupts his busy golfing schedule to attend matches at Belfast. He is frequently accompanied at Tour events by his father, Jerry. Despite his recent misfortunes, McIlroy still retains the top spot in the Official World Golf Ranking by a considerable margin. He is scheduled to play in only two events before The Masters and is woefully short of competition. He has finished just 62 stroke-play holes in more than three months. 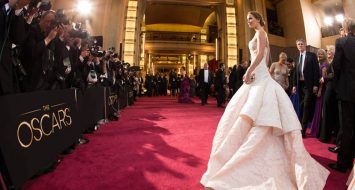 Since the advent of the water cooler, golf fans have gathered around to discuss their ideal foursome. Who you’d want to play 18 alongside is an ever-evolving proposition that can change depending on something as innocuous as the weather. It can also say a lot about what type of person you are or want to be. Think of it almost as a golfer’s Rorschach test. 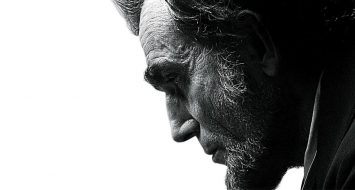 A Match Made in Hollywood

Filling out a March Madness bracket is a fickle pursuit that can occupy several hours of your life. Predicting the outcome of the WGC-Accenture Match Play is no different but with the Academy Awards airing on the same day as the finals from Dove Mountain perhaps there is a shortcut to solving the mysteries of match play. Here now is the list of Best Picture nominees with their match play comparables. 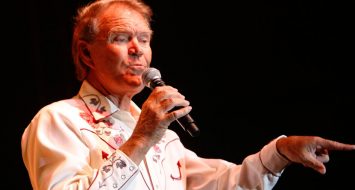 One of the best parts about the Northern Trust Open is watching current golf greats like Phil Mickelson and Bubba Watson traipse across the same Riviera fairways that were once graced by Los Angeles legends Frank Sinatra, Gene Autry and Bing Crosby. We’re all in trouble however if the spirits of old Hollywood somehow convince Vijay Singh to break into an impromptu rendition of “Come Fly With Me.” Superlatives! 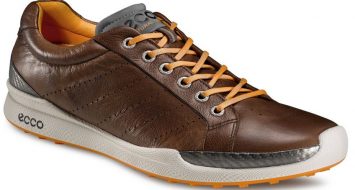 ORLANDO, Fla. – Ecco Golf is making strides as a leader in the golf shoe industry based on innovations in style and comfort without compromising performance on the course. The 2013 PGA Merchandise Show set the stage for Ecco Golf to showcase a wide range of new offerings, including the updated Ecco BIOM Hybrid line, now available for ladies. The BIOM line has been available for men since 2012, but now both genders can benefit from the shoe’s lightweight performance. 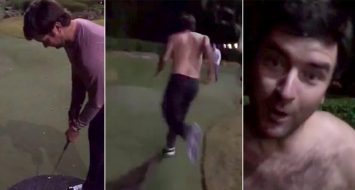 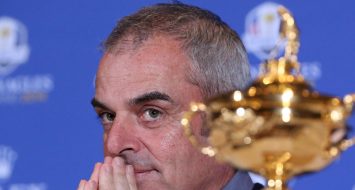 The interior of the St.Regis Hotel in Abu Dhabi, in a small corner of which two dozen eager golf journalists spent Tuesday evening coralled in a state of mounting agitation, speaks the international language of conference rooms and corporate retreats. It’s quietly, blandly opulent; a riot of beige and brown. The interesting stuff is all on the outside, where the facade, a tiered mass of whitewashed columns, marble and tiled rooves, calls to mind the architecture and scale of imperial Rome. As a venue for boardroom intrigue and political shicanery, the Emirates can boast of few more fitting venues. Such an observation would likely have gained little purchase with the small group of players and officials on hand to convene Tuesday’s meeting of the European Tour’s Tournament Committee, but theirs was a drama tailor-made for high-falutin’ analogy. They’d gathered, after all, to accomplish the messy business of selecting a new Ryder Cup captain, bringing to an end weeks of speculation, off-the-record wrangling and frenzied multimedia canvassing. 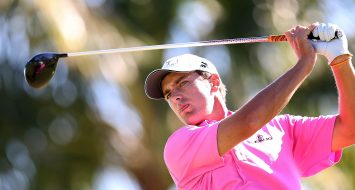 Mark down the Humana Challenge as one of those PGA Tour events that should consider going back to its old name. The Bob Hope Classic harkened back to the good old days of the California desert, when movie stars and crooners like Frank Sinatra use to treat Palm Springs like there own personal playground. Now the area surrounding the La Quinta Country Club is a magnet for young Hollywood hipsters who consider themselves edgy because they drink Tecate while playing pickup basketball in skateboarding sneakers and V-neck undershirts. Now on to this week’s Superlatives. 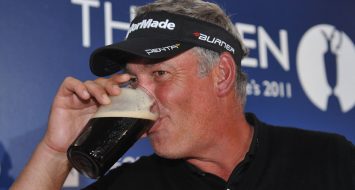 Northern Irishman Darren Clarke was picked to captain the European Ryder Cup squad at Hazeltine next year. “It’s a huge honor for me,” Clarke said upon receiving the news. “It’s another part of my golfing career … 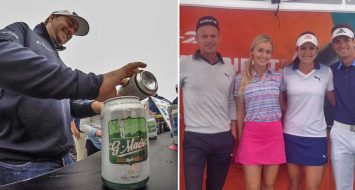 The 2015 PGA Show has officially kicked off in Orlando, Fla. Tuesday during Demo Day, we met with some of the biggest names in golf and got a few behind-the-scenes photos of features to come on … 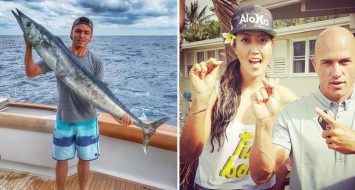 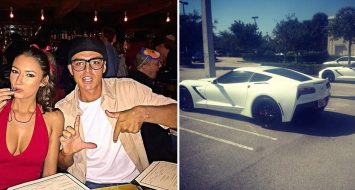 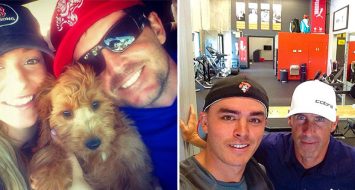 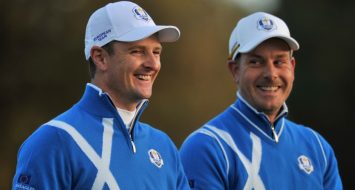 Day one is in the books at the Ryder Cup and the U.S. is in a familiar position: behind. After taking the morning four-ball session, 2.5-1.5, the Americans dropped the afternoon foursomes session, 3.5-0.5, leaving them …