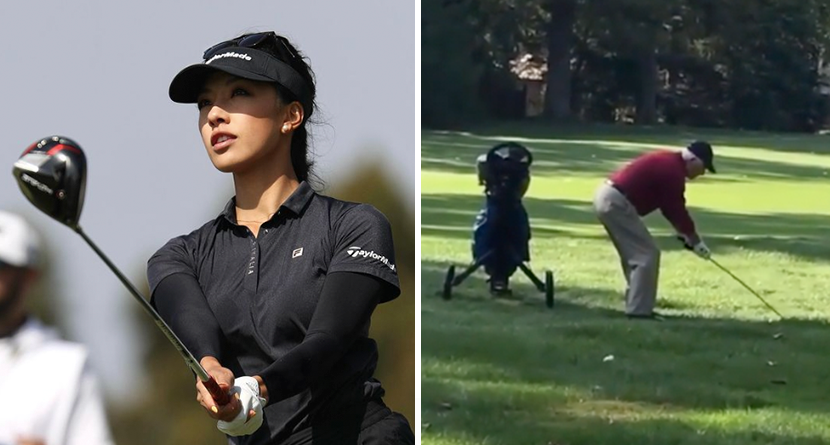 John and Bill, two friends of equal ability, decide to play a round of golf together and “play it as it lies” on all shots. Both hit their tee shots on the the first hole, a long par-5, straight down the middle of the fairway, 260 yards away.