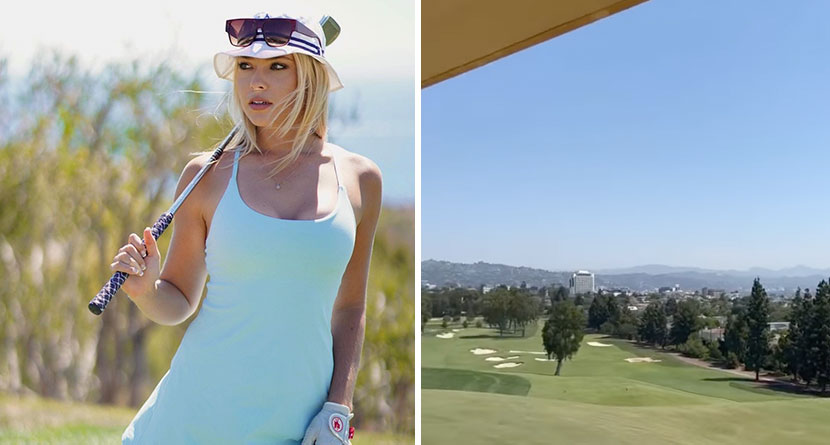 The other day, I went playing golf with my friend Gary and on the first tee box, he proceeded to tee up a green golf ball. I commented that this ball would be hard to find after hitting it, but he disagreed and went on to show me why.

He put the ball in a retriever and held it under water in the lake bordering the hole and, sure enough, the ball started to release little bubbles through tiny holes in the skin so was easily traceable, even when it was in the mud at the bottom.

I was amazed, but countered that this would not help at all when the ball would end up in a pile of leaves. Next, my friend tossed the ball between some trees into a heap of leaves and this time the ball started to emit small plumes of smoke clearly marking its spot.

“But what if you hit it in the high rough under bushes?” I asked.

He threw it there and the ball started beeping and was located rather quickly.

Finally, I asked him where he bought such a ball so I could get one myself, but he could not tell me.

“I stumbled on it last week in the middle of the fairway on the third hole,” he said.

Forget The Back Nine