How Common Are Four-Putts In Professional And Amateur Golf? 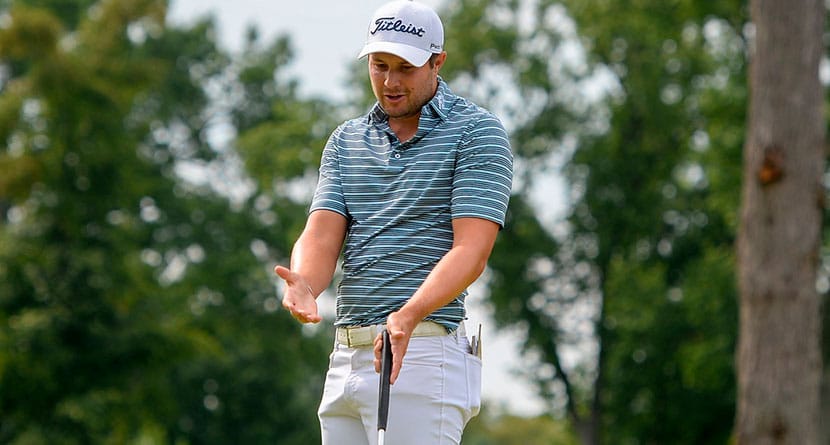 The “dreaded” four-putt… Isn’t that the way all golfers think about it?  I certainly do – and so must the eight players at the AT&T Pebble Beach Pro-Am who suffered four-putts this past week. None more so than Nate Lashley who left the 16th green on Sunday after a four-putt for triple-bogey.

This dropped him from the lead to three strokes behind with only two holes left to recover. Devastating I’m sure! Not to pile on, but there are a few things that set Nate’s four-putt apart from the other seven at Pebble Beach:

Just how rare, or frequent, do these embarrassing four-putts happen?  My focus group of one has always considered the four-putt to be a relative rarity. I only tend to play in a couple of stroke play events each year and throw in a few stroke play qualifying rounds.

The remainder of my 70 to 90 rounds per season are all match play where the unfortunate third putt is almost always conceded and picked up. In short, I expect on four-putt max each season and am usually relieved when I can get it out of the way early and blame it on “winter rust.”

I have studied putting and distance control on the PGA Tour for many years and know fully well that four-putts are by no means that rare among the best in the world.  To update my conclusion, I looked at the 14 events of the Tour’s 2021 season including last week’s AT&T Pebble Beach Pro-Am.

Here is what I found over the course of 4,906 ShotLink-recorded rounds:

This amounts to a dreaded putting result once in every 91 PGA Tour rounds.  In other words, just about every full-time Tour player has one each season.

Other points of interest:

How do amateurs match up?

To answer this, I had my genius friend and programmer run a quick query on 2020 ShotByShot year. I expected the frequency to be similar to the Tour’s, if not lower, due to the vast majority of rounds being match play – again, the third putt is generally conceded or picked up. I also believed that as the player handicaps go up, so will the instance of stroke play rounds dramatically diminish.  Not true!

ShotByShot subscribers recorded 53,309 rounds and incurred a four-putt or worse once in every 19 rounds.  That is 4.7 times the frequency of the PGA Tour. My only conclusion is that not only are ShotByShot subscribers extremely loyal, they are also much MORE HONEST than the palookas that keep beating up on me every week.