How Difficult Did Kiawah Island Play Off The Tee? 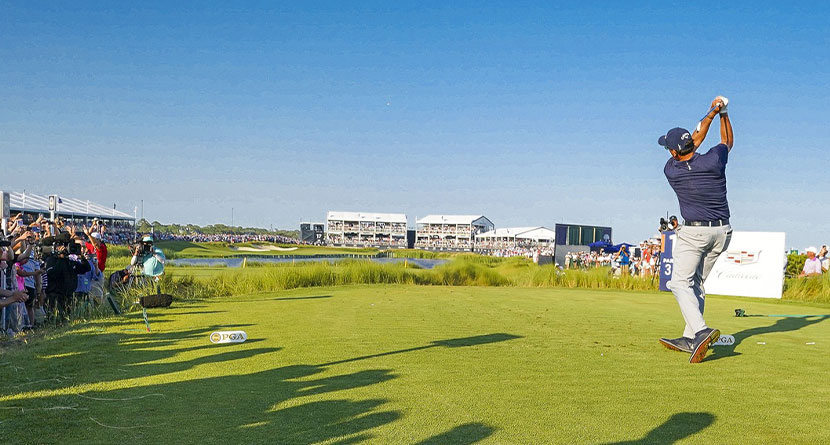 I’ve been in the golf business for 32 years and playing golf seriously for even longer. Like most golf fanatics, I usually can’t wait to play the courses that I see the pros play on TV. I watched the PGA Championship with heightened interest this weekend because I vividly remember the dramatic “War On The Shore” Ryder Cup.

Think about it: how many golf events bring a top player to tears and the United States a victory?

As I was glued to this weekend’s PGA, I found myself thinking that it may be way more fun to watch this event than to play in it. Even allowing that I would play from more appropriate, forward tees, just how many golf balls might I need to finish a round at Kiawah?  I’m officially in no rush to test my diminishing skills on this spectacular course.

There were two things that I found unusual and remarkable about this tournament?

In the 2020 PGA Tour season, 0.63 driving errors were recorded per round at a cost of 0.89 strokes each. The less costly No Shot errors represent 70% of the Tour total with an average cost of .75 strokes. Obviously, the winners and the top-5 made significantly fewer errors at a lower cost than the field.

This holds true for Kiawah, but the average frequency of driving errors was far greater [1.14/round, or +81%] and more severe [average cost 1.12 strokes, or 26% more severe]. 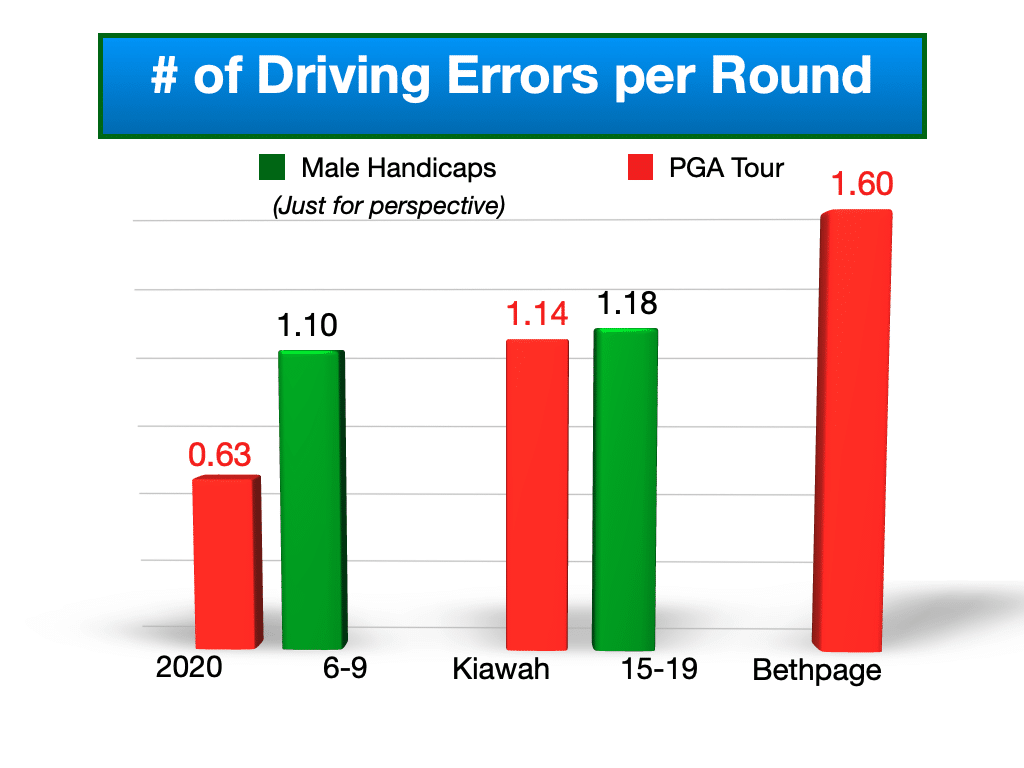 I immediately went to look for comparisons. Could we be looking at a new high for Driving difficulty? Bay Hill, with all of its water off the tee, came close with 1.06 errors/round in 2020.  But Bethpage Black, home of the 2019 PGA Championship, produced a whopping 1.6 driving errors per round, making Kiawah look like a walk in the park. However, due to very little water or OB at Bethpage, the average cost was only .87 strokes.

In the chart, I have inserted the Driving error numbers for two male handicap groups from our database. How perilous was the driving at Bethpage Black when the best players in the world made 35% more driving errors than the average, 15-19 handicap golfer?