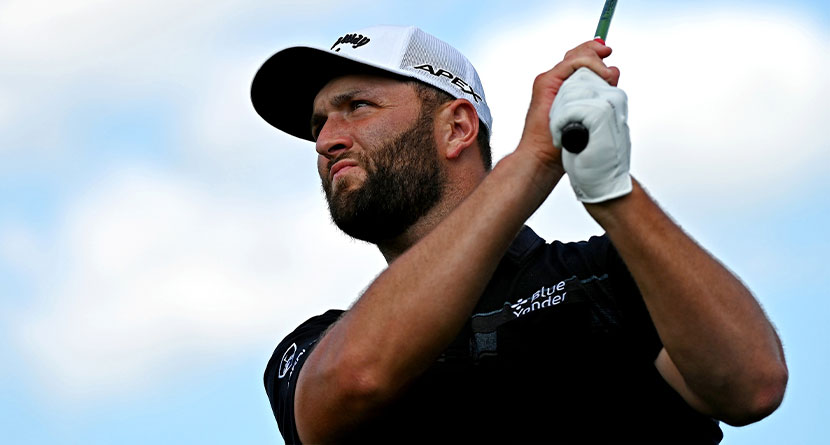 His average score was 69.3 – or 2.098 shots better than the Tour average. Also impressive! Basically, Jon did everything well, but totally dominated the long game.  74% of his Strokes Gained differential came in Driving and Approach shots.

These two very important facets of the game generally account for 50% of total shots. Note that while Rahm was No. 2 and No. 2 in his long game facets, he was a mere mortal — 42nd  — Around the Green and Putting. 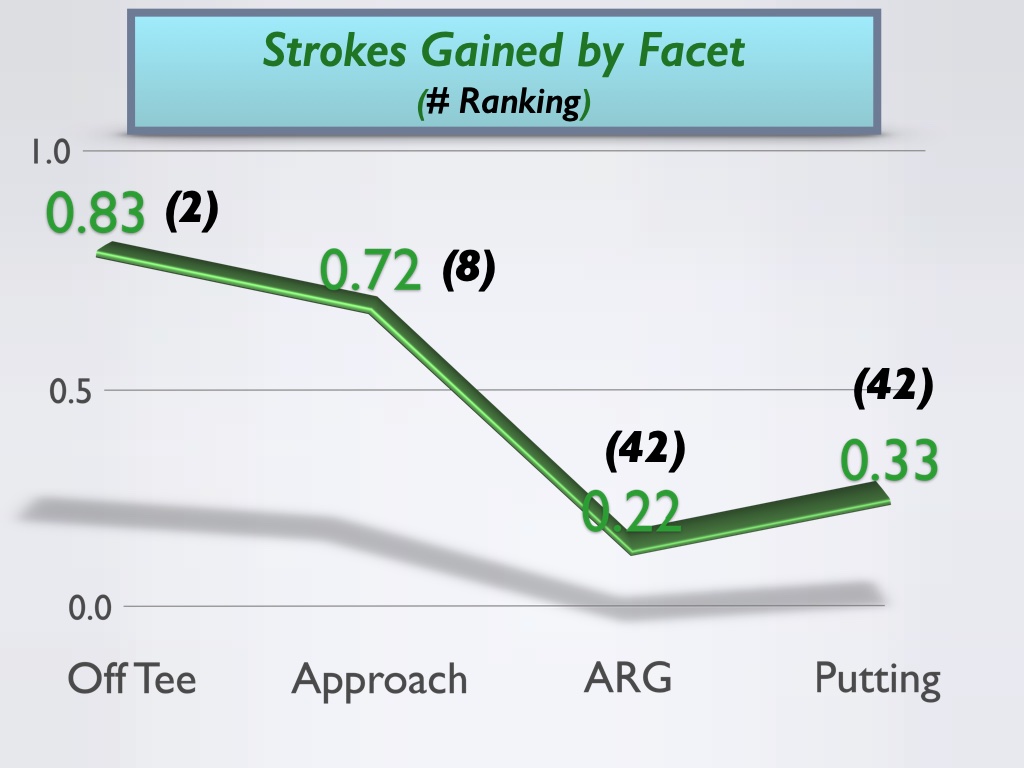 Let’s dive into the most important details of what were clearly his strengths.

Obviously, distance and accuracy are important, but in the 30+ years that I have worked with Tour players, I’ve found that Driving Errors* have an unusually large bearing on success or lack thereof.

As you can see below, Rahm’s driving was both long and accurate. But what I believe is even more important: he had 30% fewer errors than the Tour Average. 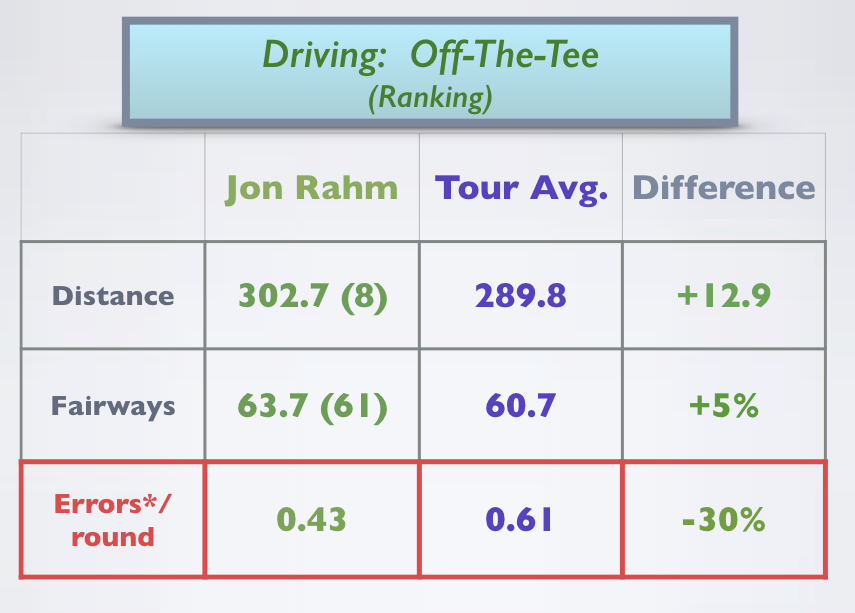 Driving Errors:
• No Shot: Ball hit out of play requiring an advancement shot to return to normal play.
• Penalty: Either a ball hit into a Penalty area requiring a drop or the more rare OB, stroke & distance penalty.

Approach Shots
Greens Hit in Regulation (GIR’s) is the most relevant and important of the old-school stats that Strokes Gained has made obsolete.

A GIR means two very good things have occurred: 1. the player has been efficient enough to reach the green in regulation (2 or more strokes less than par), and 2. the player is left with a potential birdie putt. The Tour event winners average 13 GIR’s per round. Rahm averaged just a fraction under that mark (12.95 GIR’s) for the entire 2021 season – impressive, but not surprising for the No. 1 player on tour.

Rahm lent further credibility to my thesis that GIR’s are far more important than Proximity as he was only slightly better than the Tour average in this stat (ranked 74th). I’ve never been a fan of the Proximity to the Hole stat.

Finally, as with Driving errors, penalties in the approach game are costly. The average Tour player records an approach penalty once in every five rounds, while Rahm limited his mistakes to one every nine rounds. 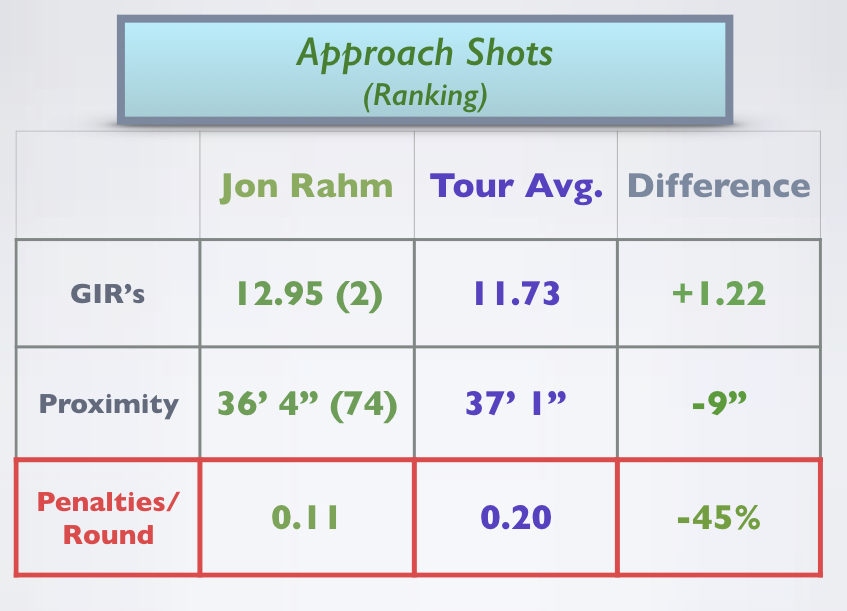 I will not go into any detail in putting or short game other than to reinforce Rahm’s consistency in the ability to avoid errors.

The story of this champion is that he hit the ball farther with greater accuracy while avoiding the pitfalls in the game that turn great rounds into just good ones and good rounds into mediocre – or worse.

Believe it or not, the positive impact of error avoidance applies to all of us at every level of the game.