When you’re looking at a Tour player’s statistics, it’s important to know that any shot that lands within 30 yards of the edge of the green is factored into the stats, but the result of the shot isn’t.

For example, if there’s water guarding a front pin position and a pro hits the ball into the water, that distance from the hole (assuming it’s within 30 yards) is calculated into the stats, which not only skews the stat, but gives the impression that it’s not costly.

Looking at it differently, the compaction of the stat does very little to separate the best in the game from the rank-and-file Tour player. Using data from 2017, the best player proximity on the PGA Tour is only 3’8″ closer than the Tour average, or the equivalent of 0.025 strokes gained closer.

Put simply, a player would need to hit 42 putts from this distance to make up one stroke. 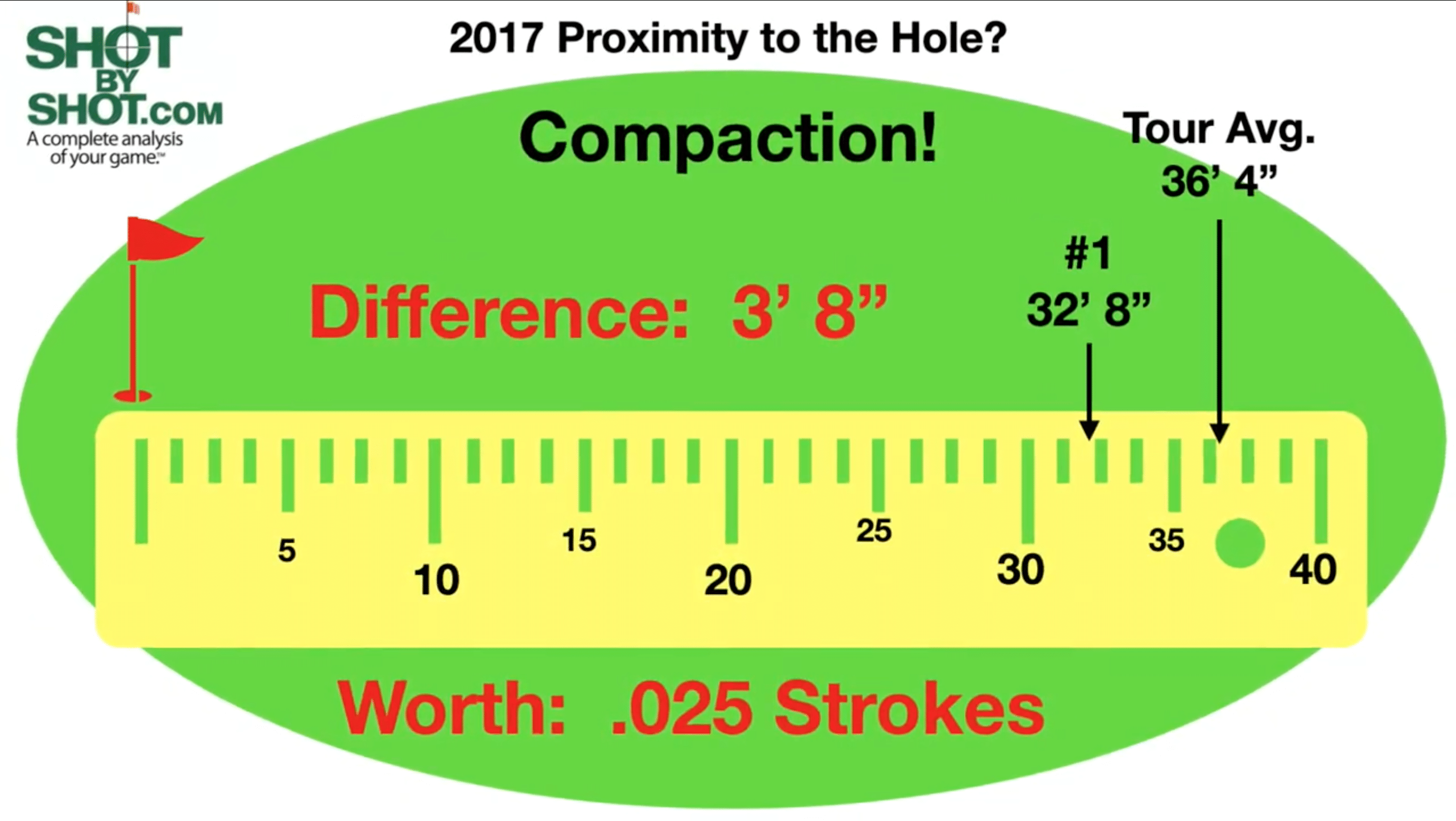 Further, to illustrate the point of the meaningless nature of the stat when put up against one of the most telling stats, you can see how the top money earners faired in Strokes Gained: Approach as opposed to Proximity to the Hole. 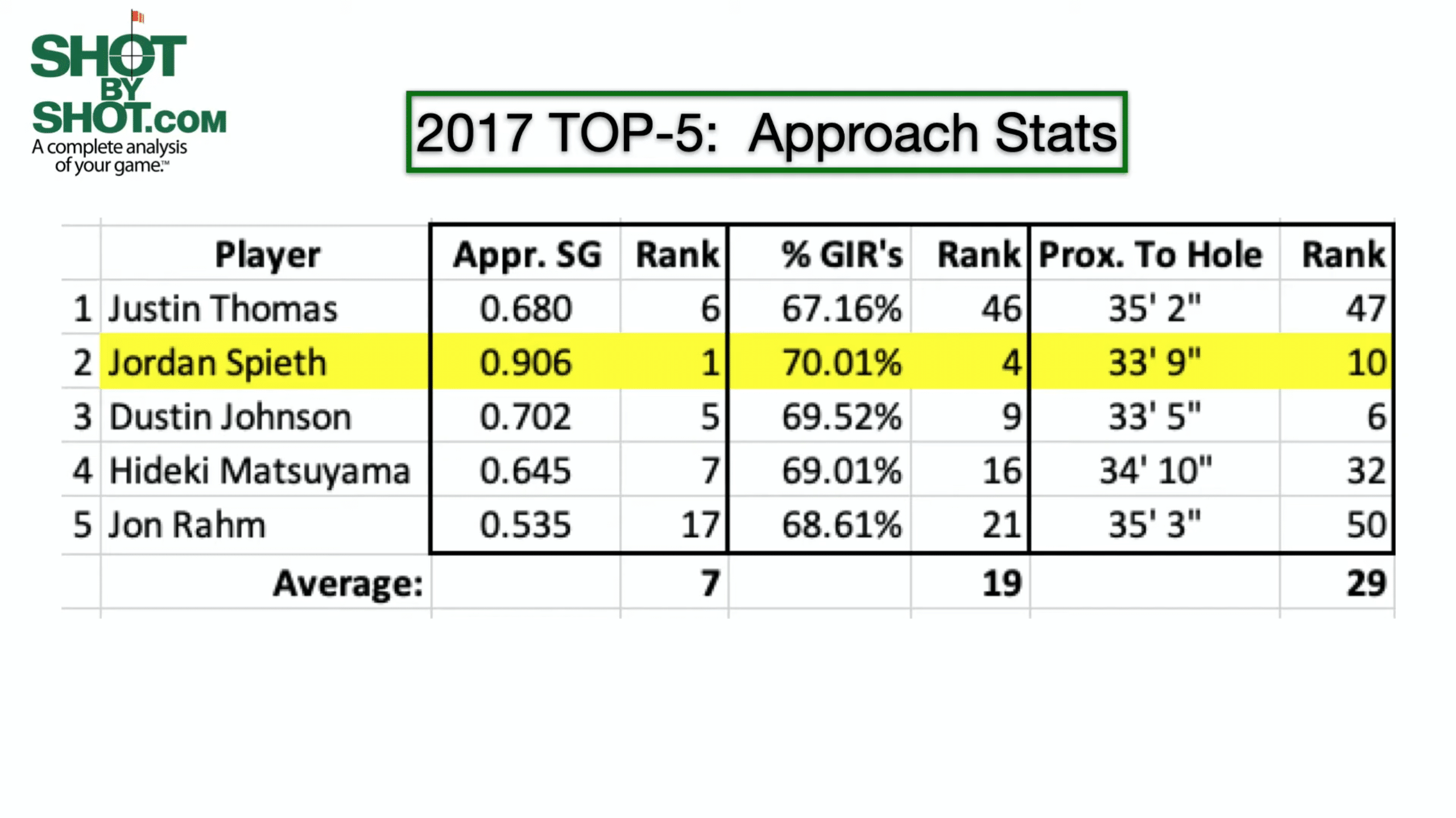 Finally, and perhaps most convincingly, the average Tour player hit 11.68 greens in regulation per round in 2017, the year whose data we’re using, which bears out that players would pick up +0.42 strokes per hole (the reciprocal of the average scrambling percentage of 58%) by simply hitting one more green as opposed to firing at tucked pins and missing, for instance.

Stop firing at pins and hit more greens. It’s a proven recipe for lowering your scores.