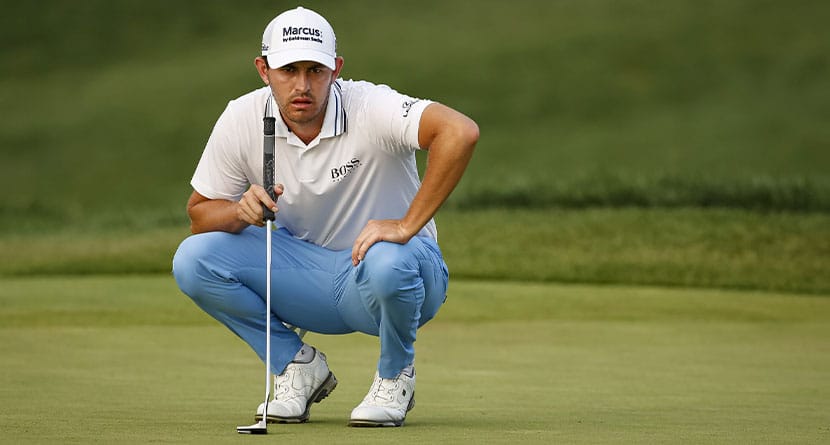 I can’t remember the last round of a PGA Tour event with as much consistent drama as we saw this past weekend. Sunday’s final round of the BMW Championship was great TV. I didn’t even mind the commercials as they gave me time to process what had happened and make quick trips to the kitchen.

Bryson DeChambeau’s driving distance with accuracy was front stage and incredible. It was only rivaled, in my opinion, by Patrick Cantlay’s unflappable demeanor and answer after answer to the onslaught of challenges thrown his way.

Before I get to my main point, here are a few stats that I found interesting:

Again, given Bryson’s driving advantage, we’d expect him to hit more Greens in Regulation. With 13.5/round, Bryson bested the field’s 13.03/round – but not Patrick’s impressive 14.5/round!

It was also no surprise that Bryson was No. 1 in Going for the Green with an impressive 96%. Patrick was more human at 65% – but still above the field’s 60%.

Bryson was closer to earth with his % Greens Hit When Going For It at an almost mundane 28%. Heck, Patrick hit 27% and the field hit 19%.

The final gem in this area was the Average Distance When Going For The Green. Bryson’s driving prowess netted him a one-yard disadvantage to Cantlay (278 yards for Patrick vs. 279 for Bryson) and a whopping four-yard advantage over the field (283 yards). Where did Bryson’s 40-yard driving advantage go on the Par 5’s?

Putting Was The Difference!

In the chart below, I have provided Bryson’s and Patrick’s 1-putt numbers for the regulation four rounds. For perspective, I have added the PGA Tour average and the 2021 Winners to date. Clearly, Patrick Cantlay’s performance was otherworldly especially considering that in the final round and playoff, these holed putts were all must-makes. By contrast in the last 14 holes, Patrick had seven 1-putt opportunities in these two critical ranges. He made five, all must-makes, including the 18-foot birdie to close out the title.