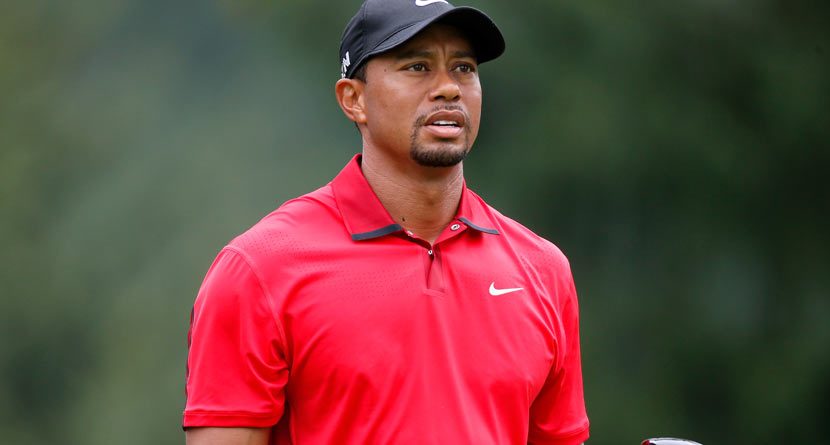 With speculation swirling about whether or not Tiger Woods will compete this week in the PGA Championship, he put it to an end Wednesday afternoon. He arrived at Valhalla, hit a few on the range and is now out on the course playing a practice round.

According to the PGA Championship, the deadline to do so was 5 p.m. Tuesday.

The PGA of America was notified that Tiger Woods would not be arriving on site before the 5:00 p.m. (ET) deadline on Tuesday.

He will need to register before playing a practice round.

And so Tiger will continue his pursuit of Jack Nicklaus’ record of 18 majors. He owns 14, but hasn’t won one since 2008. One of them came in the 2000 PGA Championship at Valhalla, a course Tiger has not played since.