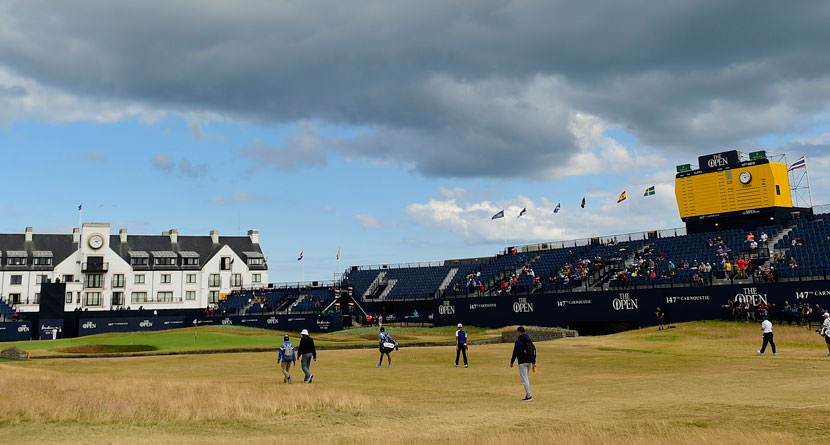 The Open Championship is steeped in tradition. One of those traditions is its rotation of courses that the R&A uses to host their most prestigious and golf’s oldest major.

The proper name for the roster of courses is The Open Rota, and it’s currently comprised of 10 breathtaking links-style tracks around Scotland, England and Northern Ireland.

The Old Course at St. Andrews is the home of golf. Established in the 15th century, this public links course is on just about every golfer’s bucket list. While it’s got iconic features such as the Road Hole and the Swilken Bridge, it’s certainly not the toughest in The Open rota. However, its roots to the game make it truly unique. In fact, the R&A Clubhouse, which sits behind the first tee and 18th green, was built in 1854 and became home to golf’s governing body (outside of the U.S. and Mexico) in 1897.

The layout is virtually the same as Old Tom Morris had it in the late 19th century. Big time winners have claimed the Claret Jug on these hallowed grounds such as Tiger Woods and Jack Nicklaus who each won twice.

Royal Liverpool, better known as Hoylake is where the great Bobby Jones won The Open in 1930 on his way to capturing the Grand Slam. Joining the rota in 1897, it’s hosted 12 championships, but went on a 39-year hiatus before returning again in 2006 where Tiger Woods won his third Open title. Rory McIlroy won the last time it was played here in 2014.

Muirfield is one of the oldest golf clubs in the world and is often cited as being one of the fairest tests in the Open rota. In terms of playability and the championship test it presents to the field, many players even go so far to say it’s the best. The Honourable Company of Edinburgh Golfers has hosted 16 Opens since replacing nearby Musselburgh with a list of winners that could arguably be the strongest in the game: Harry Vardon, Walter Hagen, Gary Player, Jack Nicklaus, Tom Watson, Nick Faldo, Ernie Els and Phil Mickelson.

Royal Lytham & St. Annes has hosted 11 Opens with the last coming in 2012 where Ernie Els won his second Champion Golfer of the Year title after Adam Scott slowly imploded making bogey on the final four holes to miss out on his first major title. It’s also where Tony Jacklin became the first English winner to win on home soil in 1969. Bobby Jones also won his first of three Opens here.

Perhaps the most picturesque of the Open venues, Turnberry sits on the coast of the outer Firth of Clyde creating some of the most scenic links landscapes in the game. It joined the rota in 1977 and has hosted The Open four times, each producing dramatic finishes including Tom Watson and Jack Nicklaus’ 1977 “Duel in the Sun,” followed by Greg Norman’s first major title in 1986. Of course, it’s also the venue where in 2009 then 59-year-old Tom Watson made his remarkable run but came up just short to Stewart Cink in a playoff.

The site of the 2017 Open Championship, Royal Birkdale is arguably the fairest of the four rota courses in England. The club was established in 1889 but didn’t host its first Open until 1951 where Australian Peter Thomson won the first of three straight, and also where Padraig Harrington won his second consecutive Open title in 2008. Other winners include Arnold Palmer, Lee Trevino, Johnny Miller, and Tom Watson. This will mark the 10th playing at the venue.

Arguably one of the toughest courses in the world, Carnoustie has only hosted the championship eight times due to logistical concerns which kept them from playing there for over 20 years. Earning the nickname “Carnasty” over the years where scores have skyrocketed due to a combination of the severe challenge and the onslaught of traditional Scottish weather. Ben Hogan won his first and only Open here. It’s also the site where Jean Van de Velde has his infamous collapse on the final hole in 1999.

Royal St. George’s was the first course in England to host the championship back in 1894. Located near the Kent coast, this links course has seen two-time winners such as Harry Vardon and Walter Hagen. Darren Clarke won the last playing here back in 2011 which happened to be the then 42-year-old’s first major victory in more than 20 years (and 54 attempts).

Royal Troon took over for neighbor Prestwick Golf Club in the rota after it became a more logical place to stage a championship due to crowd size and logistical issues. Established in 1878, Troon has the traditional links out-and-back set up similar to St. Andrews. When the prevailing winds blow, coming home is always a fight. It also features the famous “postage stamp” par-3 eighth hole. In 2016, Henrik Stenson fended off Phil Mickelson down the stretch in an epic Sunday duel between two veteran heavyweights.

Royal Portrush is the only course in the rota not located in Scotland or England. The Northern Irish links hosted only one championship back in 1951, but will have another go when the R&A come back this year after logistical issues have been addressed. It’s home to 2011 Open Champion Darren Clarke as well as other Northern Irish major winners Rory McIlroy and Graeme McDowell. The course is known for its stunning beauty and immense difficulty when the wind blows.