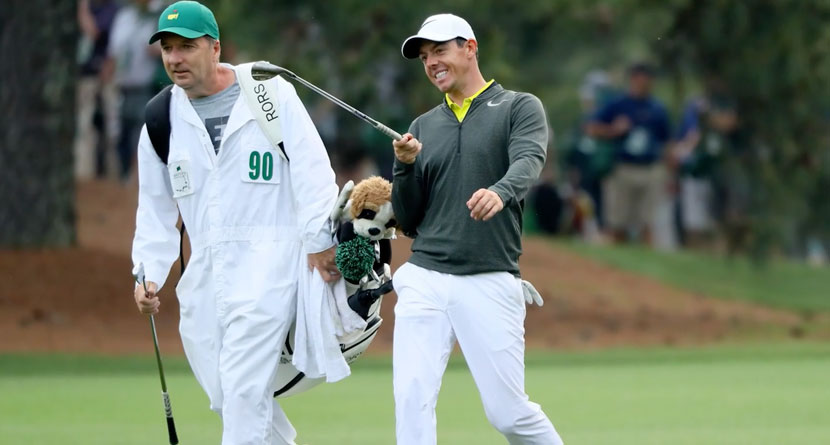 The first major championship of the year is upon us: The Masters. Along with the tradition unlike any other comes the tradition of making predictions. While the Masters boasts the smallest of all the major championship fields — 94 will tee it up this week — as well as the fewest amount of true contenders, the parity near the top of the world rankings make pinpointing a winner difficult.

Even still, there is a pedigree at Augusta National — at least in most cases — that give us an idea of the small handful of guys who can potentially break through to wear the green jacket on Sunday evening.

Every year when the majors start I am reminded that Louis Oosthuizen is four swings from having four majors.

Louis Oosthuizen only has one major championship under his belt, but he has three other top-2 finishes in the majors since 2012. His sweet swing and sneaky length should make him a contender this week, and with a few putts falling, a serious contender.

Phil Mickelson is 73 under par from his 90 career rounds at #TheMasters pic.twitter.com/3qwXVwTqIe

Phil Mickelson’s adulation for Augusta National is no secret and playing some of the best golf of his life, Phil always has to be on the short list to contend every year until his hangs up the spikes. He has three top-10s already this season and looks poised to break through soon.

Hideki Matsuyama, in his own words, talks about his desire to win #themasters pic.twitter.com/zN7PRnbj5p

Hideki Matsuyama has cooled off since the wrap around portion of 2016-2017. However, with windy conditions expected, a consummate ball striker such as him needs only a good week on the greens to be in the hunt. He’s finished inside the top-10 in his last two trips down Magnolia Lane.

The odds-on favorite coming into the week has been shrouded in mystery since the bizarre accident he incurred on Wednesday afternoon. If he’s able to go, and only at 75%, DJ still has the firepower and form to put himself in the conversation. He’s won his last three PGA Tour starts and is coming off of a top-10 finish at Augusta last year.

Rickie Fowler has a lot going for him heading into the first major of the season. Coming off a T3 last week in Houston, Fowler is an excellent wind player, which should bode well for the blustery conditions expected over the first two rounds.

No. 5: When it comes to this decade’s majors, nobody has been consistently better than Jason Day. pic.twitter.com/PYlsOVO9BG

Jason Day could be one of the biggest wildcards in the field this week. After a harrowing past few months with family issues, it seems like Day has finally gotten some good news as it pertains to his mother’s health and can concentrate on the task at hand this week. No form or expectations to speak of, Day has finished in the top-10 at the Masters three times in the last six years.

Jon Rahm is looking to buck a trend that’s been in place since 1979 when Fuzzy Zoeller became the most recent first-time Masters entrant to don the green jacket. His form, game and confidence are in a good spot, and coming off solid finishes in recent months, he seems primed to make a splash at his third major as a professional.

I made my pick earlier: man who has made most birdies/eagles of anyone last 5 years at ANGC – Justin Rose. Who y’all got? #TheMasters

Justin Rose is flying under the radar coming into the Masters. The 2016 gold medal winner has a sterling record at Augusta, which includes four top-10s and five more top-25s. Three top-5s this year already and another ball striker who should have plenty of looks at birdies this week.

History is on Jordan Spieth’s side this week at The Masters pic.twitter.com/LjlkPkyjjU

Until Jordan Spieth retires, the Masters is going to have to go through him for the next few decades. In three trips to Augusta, Spieth has never finished outside the top-2. Looking for a redemption angle in 2017, Spieth enters the event having played well so far this season.

Rory McIlroy has played 99 holes at Augusta National in the last 2 weeks. Feels more than ready to get after it. #TheMasters

In each of Rory McIlroy’s three stateside-won major championships, wet conditions have played a factor. With Augusta National taking on a deluge of precipitation in the week leading up the event, the stage seems set for McIlroy to finally break through and complete the career grand slam. Already playing in his ninth Masters at age 27, McIlroy has finished in the top-10 each of the past three years. This is the year he gets it done.