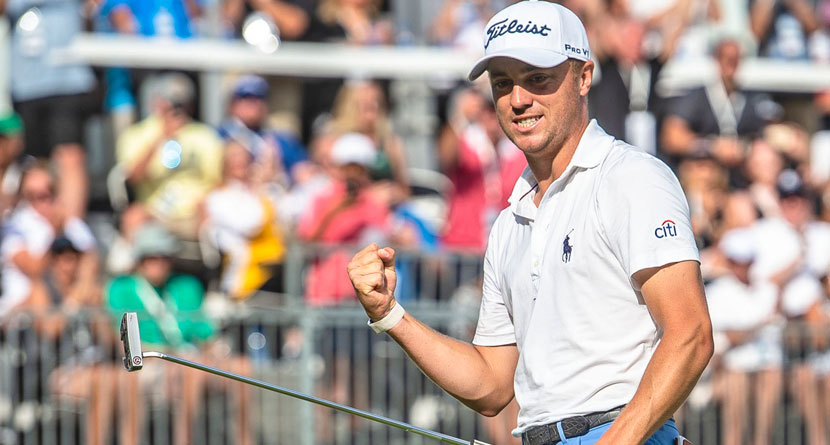 Justin Thomas entered a pantheon of all-time greats on Sunday at Medinah Country Club when the 26-year-old Kentucky native converted his 10 victory on the PGA Tour before the age of 27.

What kind of company does that put Thomas in? According to The 15th Club’s Justin Ray, in the last 75 years, the only players to reach 10 wins that quickly were Jack Nicklaus, Tiger Woods, Rory McIlroy and Jordan Spieth.

The victory earned Thomas $1.665 million, but more importantly — and potentially much more lucratively — it shot him to the top of the FedEx Cup standings heading into next week’s finale at East Lake Golf Club.

Thomas, who will start the Tour Championship at 10-under par thanks to the PGA Tour’s new adjusted scoring system, detailed the unchartered waters he will be navigating this week in Atlanta.

“That’s great. Definitely beats the position I was in at the beginning of this week,” he said of his pre-tournament cushion. “I can certainly say a thousand percent I never slept on a Wednesday lead, but I’m definitely excited for that and I’m just going to try to win the golf tournament as if everybody starts at zero.”

Here’s the full purse breakdown of the second leg of the FedEx Cup Playoffs.