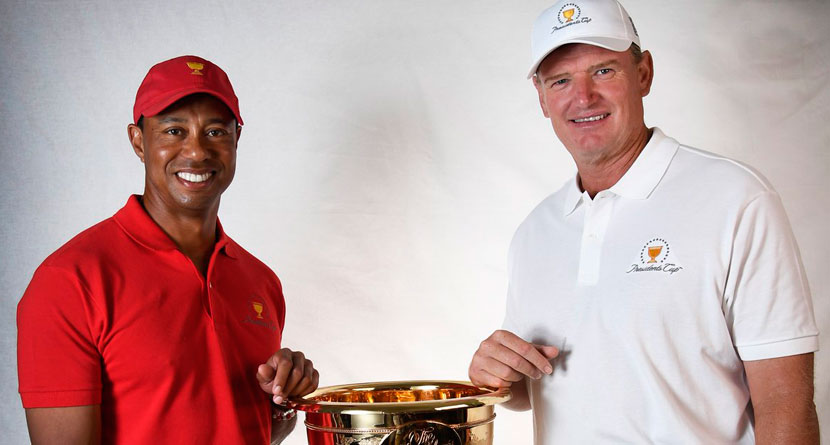 The 13th playing of The Presidents Cup begins on Thursday at Royal Melbourne Golf Club in Australia. Depending on where you’re reading from, however, could greatly impact how and when you’ll be viewing the bienniel matches that pits the United States against the International Team, made up of the rest of the world excluding Europe.

The United States has won 10 of the 12 editions of the Presidents Cups, only losing in 1998 on the very course this year’s matches will be played on, and tying the 2003 edition played in South Africa.

This year’s event is headlined by United States playing captain Tiger Woods and International captain Ernie Els. The format is four days of match play — two fourball segments, two foursomes segments and a Sunday singles segment. There will be 30 points up for grabs with 15.5 points required to win the Cup.

All live coverage will be carried on Golf Channel with NBC airing a replay of the matches on Saturday and Sunday.

Singles: 12 one-on-one matches on Saturday of one player from Team USA vs. one player from the International Team. They again play match play and each match is worth one point. Total points: 12

After day one at the @PresidentsCup.

Day 2 is in the books. pic.twitter.com/oIfchuGMkr

The International Team is looking for their first @PresidentsCup victory since 1998. pic.twitter.com/m6wZy6It6T

The #USTeam cuts into the @PresidentsCup deficit in the foursomes portion of day 3.

The #USTeam mounts a historic comeback to win the Presidents Cup. pic.twitter.com/ZzSIyfXx2s

Here are the 24 men who will make up the two teams as well as their corresponding world ranking.

This story will be updated to reflect scoring and pairings as available.