3 Great Years In Golf, 2 Of Them Already Forgotten 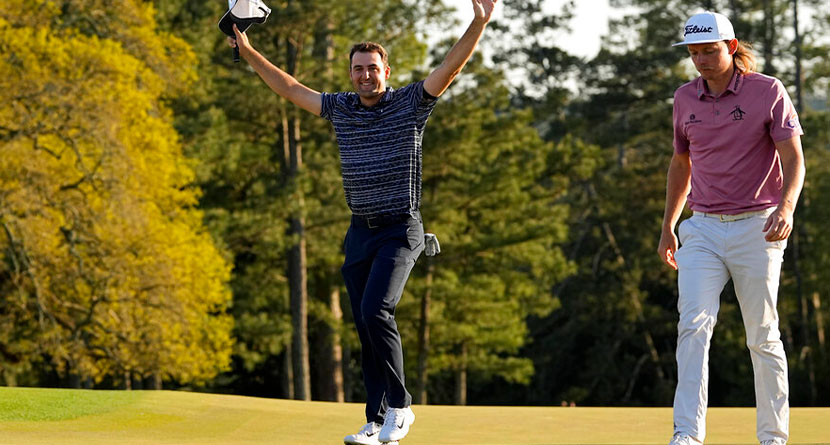 The tweet it sent Monday night celebrated big years by Rory McIlroy and Lydia Ko, and for good reason. Both delivered some of their best, most consistent golf. Both won the points race on their respective tours and the trophy for the lowest scoring average. Money can be skewed. Scores don’t lie.

But for the PGA Tour to suggest they “ruled the golf world in ‘22” is to dismiss Scottie Scheffler and to ignore Cameron Smith.

It also overlooks that neither McIlroy nor Ko won a major championship. That’s not a prerequisite of a great year, but it stands out — especially on the men’s side — when players who won as much or more have a green jacket or a claret jug to show for it.

Besides, the year isn’t over yet.

Smith on Tuesday accepted the keys to his hometown of Brisbane, where he is playing the Australian PGA Championship. He will be going for his fifth win of the year, with the Australian Open still to come next week.

Scheffler closes out his year in the Bahamas against a 20-man field, with all but four of them among the top 20 in the world. Still to be determined is whether he has a chance to regain the No. 1 ranking he had for the majority of the year.

All three had great years.

McIlroy joined Henrik Stenson as the only players to win the points title on the PGA Tour and the European tour in the same season.

Stenson played 10 regular European tour events when he won in 2013. McIlroy played six times without winning, but it spoke to the consistently high level he played all year. Only once did he finish worse than eighth — a tie for 12th to start the year in Abu Dhabi.

In the majors, McIlroy finally left Augusta National on a happy note by holing a bunker shot for a 64 to tie for second (he was 10 back of Scheffler to start the final round). McIlroy had the 18-hole lead at the PGA Championship, was one shot out of the 36-hole lead at the U.S. Open and led after 54 holes at the British Open.

Along with his wins — CJ Cup, Canadian Open, Tour Championship — McIlroy was even more impressive by playing great golf and being such a strong voice for the PGA Tour in its fight against Saudi-funded LIV Golf.

Never mind that McIlroy seemed to extend an olive branch and then use it as a switch. He said the “us versus them” has gotten out of control, and then he said LIV leader Greg Norman needs to go because talks can only happen “with an adult in the room.”

Even so, his role as the strongest voice for the PGA Tour was one he gladly accepted, and the tour needed it. And all the while, he was at his best late in the year. In his final seven starts, McIlroy had a 67.5 scoring average, never finished worse than eighth, had two wins and earned two very big trophies.

Scheffler gets forgotten because he was at his best early in the year.

In a span of six starts, he beat four of the toughest fields and formats at Phoenix and Bay Hill, at the Match Play and the Masters. So dominant was he at Augusta National that he absent-mindedly four-putted the last hole and still won by three.

That was his last win of the year, still the most on the PGA Tour. Overlooked is the playoff loss to an unlikely birdie putt at the Colonial, Scheffler being one putt away from a playoff in the U.S. Open and one swing away from a chance to win the FedEx Cup.

He set a record for PGA Tour earnings (which undoubtedly will be broken next year given the $20 million elevated events), was No. 1 for 30 weeks, earning him the Mark McCormack Award and was voted by his peers — in August — as player of the year.

Smith already lost his parking spot and his membership at the TPC Sawgrass, the price of turning his back on the PGA Tour to join a new league that offers few guarantees outside of money. He gave up a shot at being No. 1 in the world, along with recognition he deserves for the year he had.

On a Plantation course at Kapalua built for power, he took down the No. 1 player (Jon Rahm) and set a record to par at 34 under. He made 10 birdies in the final round at Sawgrass to win The Players Championship against the strongest field in golf. And at the home of golf, he had one of the greatest closing rounds in British Open history with a 64 to rally past McIlroy and hold off Cameron Young.

Against the 48-man fields over 54 holes at LIV Golf, he missed a playoff by one shot in his debut and won the next event by three.

Scheffler and Smith aren’t considered “golf royalty” because they’ve spent only one year in the palace. McIlroy — along with Ko, who reached No. 1 when she was 17 — have been around long enough for their big years to receive proper plaudits.

It just shouldn’t be at the expense of two others who were just as good.