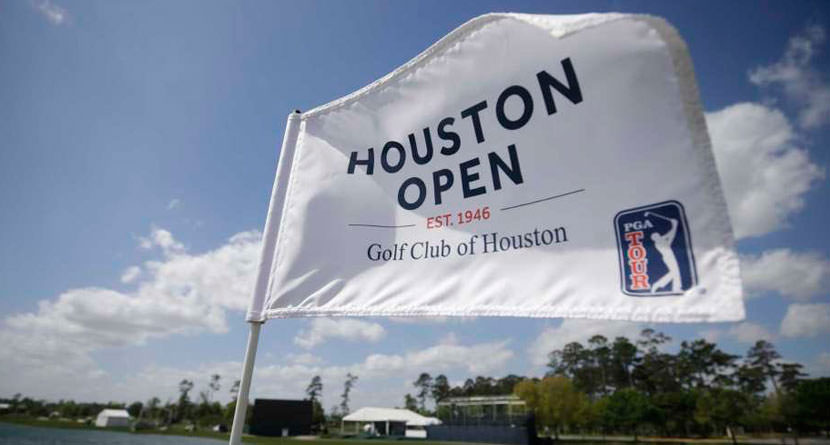 With Masters Week starting in a matter of days, the best of the PGA Tour is in crunch time, making their last adjustments before testing the state of their game at the world’s most famous course, Augusta National.

Different players have different ways of preparing, but one method that has worked for many in the past: teeing it up at the Houston Open, the final tournament before The Masters.

Starting in 1946, the Houston Open has been a significant event on Tour, but has only held the pre-Masters slot since 2007. A course famous for being Augusta-esque, some players find it the perfect tune-up for major competition, while many more view it as a last chance to get into the Masters field.

Here are a few of the storylines to watch closely this week:

Coming into last year’s Houston Open, Russell Henley was extraordinarily motivated to finish atop the final leaderboard. Successful in his young career with two PGA Tour wins already, Henley had played The Masters in 2013, 2014, and 2015, but was unable to qualify for 2016.

Sitting on the sidelines of professional golf’s biggest event was painful for the then 27-year-old, but despite modest successes over the next 12 months, Henley again came into pre-Masters week without a spot at Augusta.

Henley terrorized the Golf Club of Houston Tournament Course, carding an incredible 10 birdies as part of a final-round 7-under 65 which allowed him to pass 54-hole leader Sung Kang and win the tournament by three strokes. He then transmuted the Houston win into a T11 at Augusta that clinched a spot in the 2018 Masters as well.

Henley does have the luxury of not needing a victory to play The Masters, but he still has on his mind a successful title defense. It would be a boon for his game to capture this title for the second consecutive year. He has not won since last year’s Houston Open, but has mostly played well since, posting two more top-10s to close out 2017, including a third-place finish at the Tour Championship, the final event of the FedExCup Playoffs.

His 2018 season, however, has been nothing special. In nine events, Henley’s finished in the top 20 just twice, and one of those was a T17 result at the 32-man Sentry Tournament of Champions.

In his most recent start, Henley failed to advance out of the group stage at the WGC-Dell Technologies Match Play, defeating Matthew Fitzpatrick 2&1, but taking 1-up defeats to Paul Casey and Kyle Stanley to finish 1-2-0.

Henley has been mostly accurate this season, but his short game has been a mess. He ranks 211th on Tour in strokes gained: around-the-green, 195th in scrambling, and 192nd in overall putting average. He will be looking for that short game touch this week in Houston, needing it if he is going to make a legitimate title run at Augusta next week.

With three green jackets already, Phil Mickelson has a lifetime exemption to The Masters, but the man who regularly plays the Houston stop is looking to keep his recently-sharp form for when he attempts Masters No. 4 next week.

An Augusta victory would move him into a tie with Arnold Palmer and Tiger Woods for second-most in tournament history.

The 47-year-old five-time major winner has an excellent recent history at the Houston Open, winning the 2011 event by three strokes, and then following that up with finishes of T4, T16, T12, T17, T13 over the next fives years, respectively.

However, the Golf Club of Houston got the best of Phil last year, as Mickelson shot even-par for the week, good for a disappointing T55 result. That poor lead-in may have been a factor in Phil’s pedestrian showing at The Masters the following week, posting T22 at Augusta despite having finishing inside the top-10 15 times in the past.

Those who thought Mickelson might have hit the wall last year are signing a different tune in 2018, especially as of late. Over the past two months, Phil has been one of the hottest players in golf, posting four top-6 finishes in five starts, including a victory at the WGC-Mexico Championship, which ended a five-year winless drought.

His only result outside the top 10 since February 1st was a T17 at last week’s WGC-Dell Technologies Match Play, where he played well, going 2-1-0 in group play, but was narrowly beat out by Charles Howell III for a spot in the final 16 bracket.

With his Masters victory three years ago, Jordan Spieth, like Phil Mickelson, has a spot at Augusta for life, but unlike Mickelson, Spieth’s recent play has been mostly underwhelming, and his form does not look Masters ready.

However, the world No. 4 is the highest ranked player in the Houston Open field, and has plenty of reason to be confident.

In his eight starts this season, the 24-year-old three-time major champion Spieth has just two top-10 finishes: a pair of T9s, far below the standard he has set in past years. His tee-to-green game has still been solid, but he has been plagued in 2018 with the putting yips, and shockingly ranks 172nd on Tour in strokes gained: putting.

For perspective, Spieth finished second in that category just two years ago. He looked like he was close to coming back around with a pair of top-15s, but an opening-round 76 led to a missed cut at the Valspar Championship. Last week at the Dell Match Play Championship, Spieth failed to make it to the weekend, losing to Patrick Reed in the finale of group play.

Spieth shockingly missed the cut at last year’s Houston Open, largely due to a second-round 77, but he has played this tournament well in the past, finishing T13 in 2016 and taking runner-up honors three years ago.

Regardless of what Spieth does this week, he will be among the favorites at Augusta, but he’d feel a lot better about his chances for a second green jacket if he were able to fix his putting woes this week in Houston.

Lee Westwood, the 44-year-old Englishman, is again in the Houston Open field, the only event in the U.S. he regularly plays outside of the majors, THE PLAYERS, and WGC events. His career resume is very impressive: 23 victories in Europe, 9 on the Asian Tour, 4 in Japan, and two on the PGA.

Perhaps, even more impressive is how often he has found himself in contention at majors. He’s finished in the top 3 in nine majors, with 20 top-5s, and 38 top-10s… however, he has yet to win even once on that stage.

Now, unless he wins in Houston this week, he will not qualify for a major for the first time in over a decade. Westwood has been quiet recently, in the U.S. and abroad, but there is perhaps no player in the field more motivated to make noise this week. The 2016 Masters runner-up is quickly running out of chances to right what has plagued his career most.

If Westwood, now ranked 90th in the world (his lowest rank since 2002), is going to emerge victorious at the Houston Open, he will have his work cut out for him: he has missed the cut in the last three editions.

Henley, Mickelson, and Spieth all know for sure where they are playing golf in two weeks, but that makes them a small minority in the Houston Open field.

For everyone who has not qualified for The Masters, it is either, win this week, or spend the following week at home. The good news for that large contingency of the field, however, is that four of the past five winners of this tournament were not Masters-qualified coming into the week. The following are perhaps the five most likely to make it five of the past six:

Haas, a six-time Tour winner, is still looking for major championship No. 1, but it would still be strange to not see the 35-year-old in the Masters field, seeing as he has qualified for every major championship since the 2010 U.S. Open, a span of 30 consecutive major starts.

Haas came close to qualifying when he finished T5 at last year’s U.S. Open, but the Masters exemption is only awarded to the top four. Now all the way down to No. 74 in the world rankings, Haas is in the midst of a difficult year, with a T17 at the Safeway Open in October his only top-25 in eight starts this season. He even failed to qualify for last week’s WGC-Match Play, despite winning the consolation match just last year.

This has been too frequent of a position for the Augusta native to be in, not having a spot in his hometown event with one week to go. After playing in eight consecutive Masters from 2001-2008, the 38-year-old has qualified just once since, finishing T19 in 2012.

There is reason for Howell III to be optimistic this week, though. He is coming off a season with two runner-up finishes among five top-10s, and he already has three top-10s this season.

He was tremendous at last week’s WGC-Match Play, sweeping a group that had Phil Mickelson and Rafa Cabrera-Bello in it, before falling one hole short in the round of 16 to a red-hot Kiradech Aphibarnrat.

Perhaps the most shocking player not currently qualified for The Masters is eight-time Tour winning and former FedExCup Championship Brandt Snedeker. In the past 10 years, the 37-year-old has only failed to qualify for Augusta just once, in 2010, and has finished in the top-10 three times, including a T3 in 2008 where he played in the final Sunday pairing.

Snedeker has traditionally had a lot of trouble closing majors, but he has been pegged for a decade as a player destined to win one, and the thought of him not qualifying for a major is unfathomable. Yet, with a week to go, Snedeker is still not in the Masters field.

A lot of that, however, can be imputed to a nagging rib injury that cost him the rest of last three-plus months of the 2017 season. He has been slow to re-discover his pre-injury form in 2018, as a T20 at Pebble Beach in mid-February is his best result of the 2018 season. This will be his first Houston start since missing the cut in 2010.

Like Snedeker, Ian Poulter has also posted three top-10s at The Masters in the past 10 years, and currently does not have a spot in this year’s edition. In what appeared to be very frustrating to the 42-year-old Poulter, after cruising through group play at last week’s WGC-Match Play, and then defeating Louis Oosthuizen in the round of 16, he was told that he had officially qualified for The Masters.

Later on, he learned that was a mistake, and that he needed to win his quarterfinal match to qualify. He was smashed 8&6 by Kevin Kisner in that match. Poulter has two career PGA Tour wins, and an additional 12 in Europe. He hit a career slump in 2016, but rebounded nicely last year, with the highlight being a runner-up finish at THE PLAYERS Championship.

As great as the 51-year-old Stricker has been in his career, it is very surprising that he has no major hardware, but despite having Champions Tour eligibility, he looks nowhere near finished with competitive golf.

Stricker has won his last two Champions Tour starts, including last week at the Rapiscan Systems Classic, and has also been relevant in his last two PGA Tour starts, finishing T12 at the Valspar Championship in his first start after contending through three rounds at Pebble Beach.

The 12-time PGA Tour winner will not be intimidated by the much younger field this week in Houston, and would love another shot at Augusta while he still has his game.