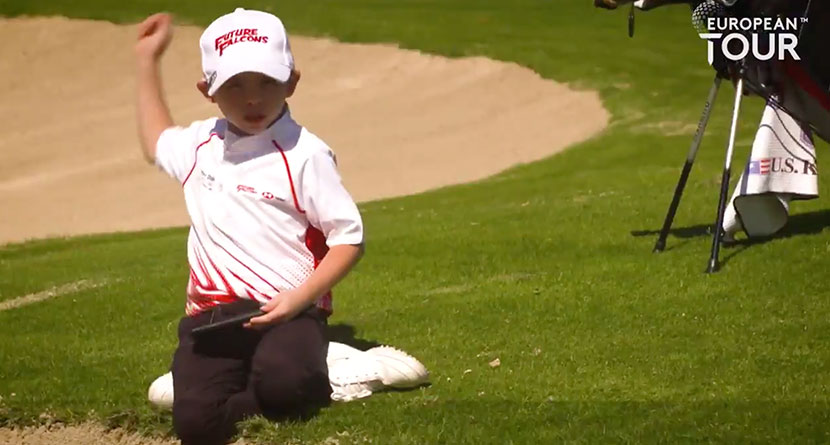 In the past, it’s been as clear-cut as straight call-outs from Golf Channel analysts to as perceived as his exclusion from a U.S. Open promo. Last week in Abu Dhabi, Koepka got even more fuel to add to the fire thanks to 6-year-old Daniel, a Future Falcon, who had some harsh critiques for his game.

Making his first start of 2020 on the European Tour at the Abu Dhabi HSBC Championship, Koepka knocked off some rust shooting 66-75-70-69 over four rounds to finish in a tie for 34th place, a respectable finish given it was his first start since rehabbing an injured knee for eight weeks.


However, there was one young fan who seemed to be concerned that perhaps there was some compensation going on in Koepka’s driver swing that was keeping him from contending.

“He does dip a little bit,” 6-year-old Daniel said of Koepka’s transition with the driver. “He could go lessons with (my coach) Mark and then he can practice his driving to be pushing his head, so he doesn’t dip one centimeter because he did! Because I keep it all in one place.”

Surely Koepka’s coach Claude Harmon is shaking in his boots that the World No. 1 may leave him for Mark.

The head dipping during his driver swing wasn’t the only advice Daniel had for Brooks. Also up for critique was Koepka’s course management and his wind play.

Looking at another driver swing, Daniel is appalled by Koepka’s lack of wind awareness.

“Every time when he’s driving, he doesn’t know the wind is blowing,” Daniel said. “But the hole is straight, right in front of him, and he hits his drive, he hits it so angled and it goes over right of the green.”

Take notes, Brooks. And watch your back, Claude.