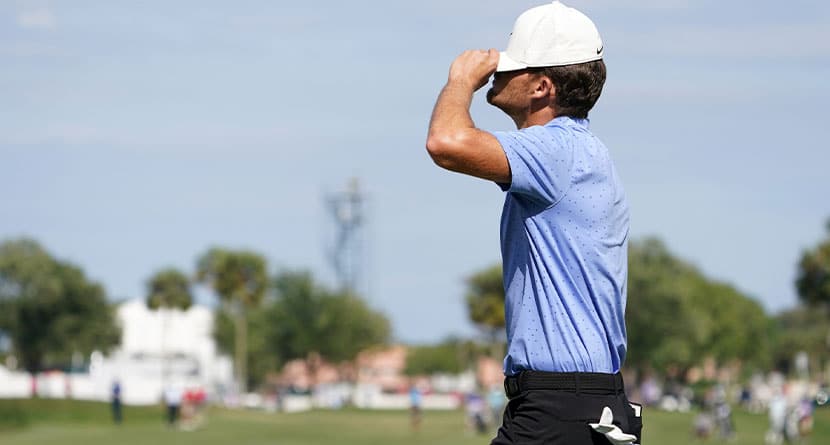 The 2021 Honda Classic will be an interesting case study to look back upon when dissecting the career of Aaron Wise.

The 24-year-old was looking to capture his second career PGA Tour victory after opening up as much as a six-shot lead midway though Saturday’s third round. However, playing the final 13 holes in 7-over par, Wise came back to the pack.

To his credit, Wise came out firing on Sunday, getting to within one stroke of the lead through nine holes, but once again disaster struck… this time in the form of a triple-bogey on the par-4 10th green.

Facing a 27-foot par putt after missing the green in regualtion, Wise raced his first putt four feet past the hole. He would need three more putts from there to find the cup.

A triple bogey opens up a 4-shot lead for Matt Jones. pic.twitter.com/70x8gOGDBP

Wise’s four-putt triple-bogey left Matt Jones comfortably alone atop the leaderboard, and the Aussie took advantage by shooting 1-under par on the back nine to win The Honda Classic by five strokes over Brandon Hagy.

Wise was unable to bounce back from his triple, playing the final eight holes in 3-over par and dropping him to a T13 finish.