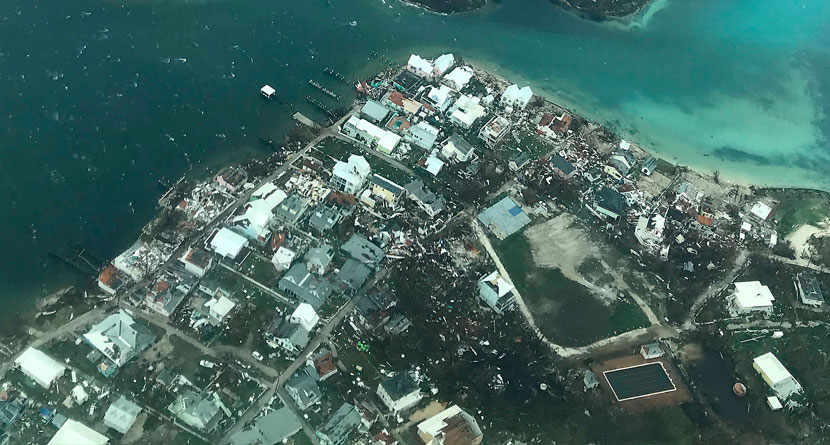 As Hurricane Dorian makes its way up the East Coast of the United States, relief efforts are already underway in the Bahamas where the storm decimated parts of the island chain earlier this week.

The death toll is at 30 and expected to rise, according to officials, and among those forced to rebuild after the destruction is the home of the Korn Ferry Tour’s Great Abaco Classic, the Abaco Club.

Dorian was a Category 5 storm when it made landfall carrying 225 mph winds, the strongest landfall winds ever recorded. Residents remained stranded on their rooftops as recently as Thursday.

“It’s decimated. Apocalyptic,” Lia Head-Rigby, the head of hurricane relief on the Abaco Islands, said after a flyover early this week. “It’s not rebuilding something that was there; we have to start again.”

“The Abaco Club on Winding Bay is acting to provide urgent and immediate assistance to the people of Great Abaco Island,” the effort’s GoFundMe page reads.
“We know that there are many people who hold this special island in their hearts, and now it is our turn to show the people of Abaco how loved they are in return. It is an urgent and dire situation. Every minute and every dollar counts.”

Please join us in supporting the people of Abaco – click to contribute now to the relief effort: https://t.co/7HTrjZE1c8 pic.twitter.com/hUJ2DqR6gP

Please join us in supporting the people of Abaco – click to contribute now to the relief effort: https://t.co/7HTrjZE1c8 pic.twitter.com/hUJ2DqR6gP

“We are extremely concerned about the safety and well-being of our staff members and other residents of Abaco,” David Southworth, Founder and CEO of Southworth Development, an affiliate of which owns The Abaco Club told PGATour.com. “There is an urgent need for immediate assistance on Abaco, and we are moving fast to provide that assistance.”

The tournament course itself sustained “manageable damage,” according to Will Gray of GolfChannel.com, but the folks who are responsible for rebuilding and repairing the course are the primary concern for those on the islands.

“We haven’t even been able to ascertain whether all of our staff members are safe yet,” Southworth said. “Communications systems are still down, power is out, roads are flooded or blocked by fallen trees. It’s a humanitarian disaster on an almost unimaginable scale.”

All funds from The Abaco Club’s GoFundMe will be used to provide assistance specifically to the people of Abaco in the form of food, shelter, medical aid and supplies, and assistance in the clean-up and rebuilding efforts.