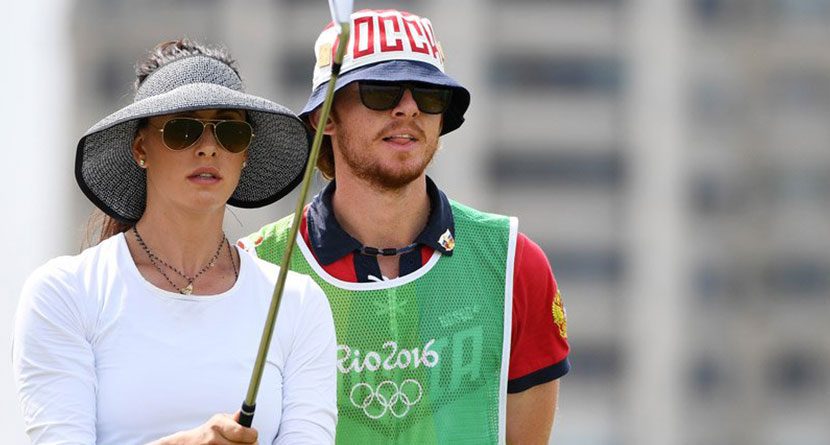 Winning an Olympic medal is hard, just ask Russia’s Maria Verchenova. She played one of the best rounds of her life and still finished in a tie for 16th place, 12 shots back of eventual gold medalist Inbee Park.

Verchenova doesn’t head back to Russia empty-handed, however. The 30-year-old will have a souvenir golf ball from her ace on the par-3 4th hole as well as her scorecard that bore the lowest score ever at the Olympic Golf Course.


Verchenova shot a 9-under par 62 on Saturday in Rio to move up 25 spots on the leaderboard.

Park ran away with the gold medal, shooting a final-round 66 to cement her place in golf’s pantheon even after some from her native country called for her to forfeit her spot in the Olympics due to a nagging  wrist injury.

Park’s mark of 16-under par bested silver medalist Lydia Ko by five strokes. Shanshan Feng of China claimed bronze at 10-under par. American Stacy Lewis finished at 9-under par, one shot off of the medal stand.

Watch complete final round highlights by clicking the photo below.