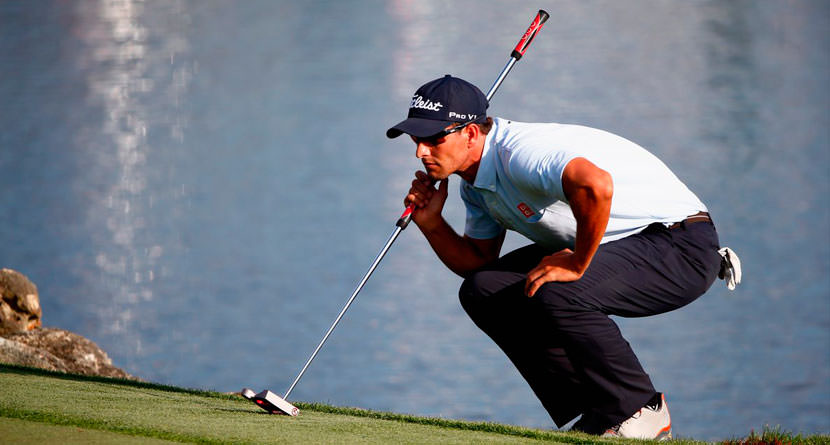 The anchoring ban has made life difficult for a number of pros who had previously used belly or long putters anchored to their bodies. Among the most notable anchorers was 2013 Masters Champion Adam Scott.

Scott was the second player — Keegan Bradley was the first — to win a major championship using an anchored putter. When the ban was enacted at the beginning of 2016, Scott went back to a traditional putter and stroke, but found middling success.

Adam Scott going to the long putter for the first time since the anchoring ban took effect in Jan, 2016. And why wouldn’t he after seeing what Bernard and McCarron have done.https://t.co/EraTqZ6UI4

This week at the Australian PGA Championship, the current World No. 31 is going back to Old Faithful.

GolfDigest.com’s Joel Beall laid out the details behind Scott’s decision.

Bernhard Langer and Scott McCarron ruffled feathers last season with their controversial putting strokes, techniques believed to be in violation of golf’s anchoring ban. Though the issue relatively died down following the USGA’s statement that the duo was not in violation of the rule, expect the subject to heat up again as Adam Scott plans on using a similar technique.

Scott, who won the 2013 Masters utilizing the anchor approach, said at this week’s Australian PGA Championship that his old long putter will return to his bag.

“Yeah, I think I might give it a run this week,’’ Scott said, according to Golf Australia. “I haven’t done that much work with it but it feels pretty good out there. Yeah, I think it might make the grade this week, definitely feel very comfortable with it.”

The former No. 1, who has been a critic of the anchoring ban, cited the play of Langer and McCarron as his catalysts for the switch.

“It was actually pointed out to me that this year they both recorded the best ever putting stats since stats have been kept. Both of them beat the old best,” Scott said. “You know, I don’t know if it’s just a coincidence or if they had just a really good year, but maybe they’ve found the best way to putt.’’

Scott suffered one of the worst campaigns of his career last season, falling 24 spots in the world rankings. Since the ban’s implementation, he’s ranked 129th (2016) and 89th (’17) in strokes gained: putting.

Scott opened up the Australian PGA with a 1-under par 71 that included five birdies. He sits five shots back of the first round co-leaders.