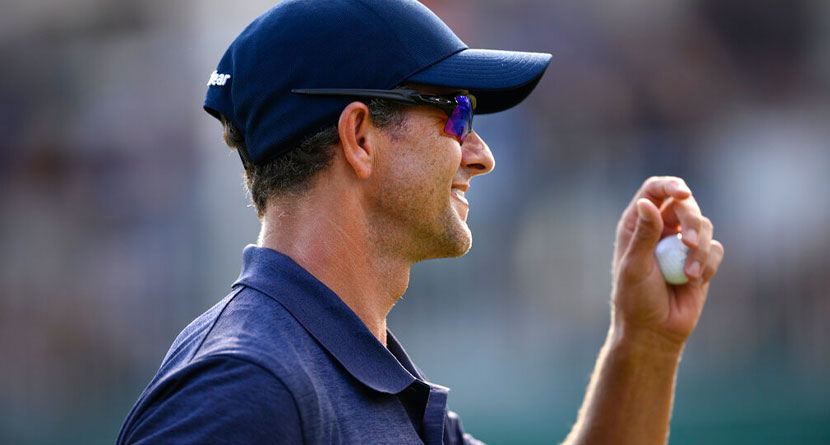 SYDNEY (AP) — Adam Scott says Greg Norman’s association with LIV Golf hasn’t strained his relationship with his long-time mentor and adds he doesn’t see the new tour as “pure evil” for the sport.

“Definitely not,” Scott said in a conference call from his home in Switzerland when asked if he feels any animosity towards his fellow Australian, who is chief executive of the series.

“This is something he (Norman) truly believes in and I don’t begrudge him for going for it one bit at all. Sure, it’s rocked the orders of golf, which has never really happened in this way before. But I’m optimistic that people’s (intentions) are still good, and therefore we will come to a better place.”

Scott says his friendships with fellow Australian stars Cameron Smith and Marc Leishman also haven’t changed since their defection to LIV, which has been criticized as a means by Saudi Arabia to sportswash its image.

“I completely understand anyone doing it,” Scott said of Smith and Leishman. “They’ve been offered an opportunity and it suits them. All power to them. I really want it to work out for them.”

Adam Scott says LIV Golf is not “pure evil” for the game of golf and hopes LIV and the PGA Tour can move on pic.twitter.com/5PLV0Ob2Ss

Scott says although he hasn’t seen much friction between players on the rival tours, “there’s definitely been some feelings hurt and some friendships strained.”

“I’m not trying to play a peacemaker,” Scott added. “Maybe because I’m a little less emotive about it, I can be a voice of reason for one side or the other. I don’t necessarily see LIV as pure evil for the game of golf. Hopefully, we can get beyond everyone having shots at each other, and each organization can move on.”

Scott has said he has no intention of joining LIV.

“Why am I still on the PGA Tour is because it suits me best to be on the PGA Tour. It’s as simple as that, really,” Scott said at the recent Presidents Cup at Quail Hollow. “There’s one thing I think I haven’t grasped is giving up my entire professional life of trying to achieve these things here and just leaving it behind. I’m obviously not ready to do that.”

Scott reiterated that on Friday, saying he hoped to add to his 2013 Masters title and win more majors, something he couldn’t do if he joined LIV.

“The one thing that is happening is my time is running out,” Scott said while announcing he’d be returning Down Under this year to play in the Australian PGA and Australian Open.

“It seems I’m the oldest bloke in the field almost every week these days. While I’m playing good, I’ve got to take advantage.”