Scott Hopes USGA Will “Get It Right This Time” 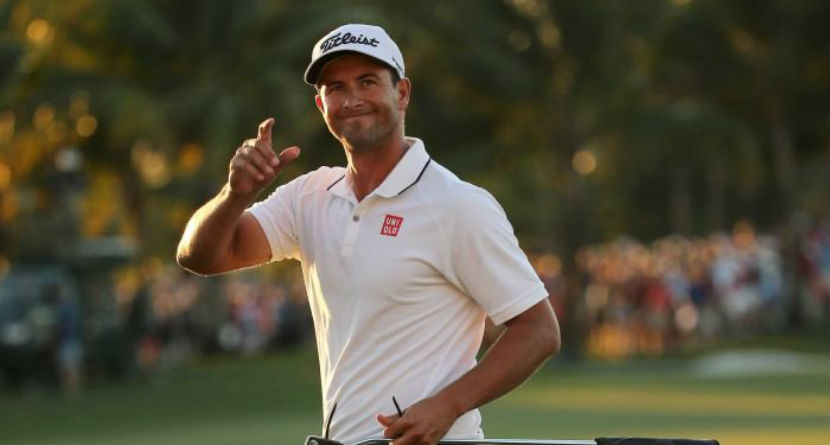 The U.S. Open is only a couple weeks away, but that didn’t stop Adam Scott from preemptively taking a shot at the USGA. The usually polite, soft-spoken PGA Tour veteran turned some heads after his final round at the Memorial on Sunday when he went on record saying that he hopes they get the set up right at Erin Hills this year, for a change.

Scott subscribes to the premise that the USGA pushes too hard to get courses right to the edge with a target winning score of even par, and believes it behooves the organization to take a bigger view of its role in trying to govern and even grow the game.

“Maybe it’s time to do away with the even-par target, just thinking about the bigger picture of the game of golf,” Scott said. “If their major pinnacle event for them requires courses to be the way they are, it doesn’t set a good example for every other bit of golf that they try to promote. Maybe we should get the numbers out of our heads and try a new strategy.”

For clarity, the USGA for years has said it has no target winning score at its premier championship. But remove the 2011 U.S. Open, where Rory McIroy shot 16-under 268 at a rain-soaked Congressional, and in the last 10 other Opens, the average winning score is minus-1.

Does Scott believe the USGA is feeling some heat?

“Absolutely,” he said. “They’ve taken criticism for the last two years, I’m sure they’re not liking it. They’re going to have to try to run a really good event. The ball is in their court; they control it all. Hopefully they get it right this time, just from a playability standpoint. Let’s just have something that’s a challenge and interesting, not just playing brutal (golf).”

Asked if criticism pointed at the USGA has been fair, Scott said he thought it was.

“I think they’ve really dropped the ball with where the game is at, over the last 20 years especially,” Scott said. “I know their intent is not to do that. I don’t question their intent at all. … I guess their primary role of administering and looking after the game, they’ve kind of dropped the ball in that sense and gotten worried about other things.”

Scott reiterated that he believed the USGA’s overall intentions are fine, but the execution doesn’t always follow.

“Whether it’s rules changes or any other decisions they make, I think their process is out,” Scott said. “I just don’t see how they get to some of these decisions. . . . They’re hanging onto the Rules of Golf by a thread, really. That’s why they’re panicky and they’re trying to see what’s going on out here on Tour.”