Agent: Tiger “Getting After It,” On Track For Return 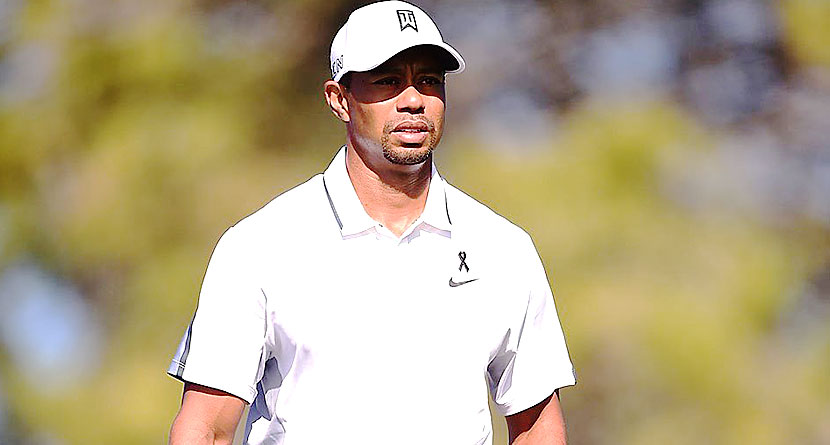 We’re less than three weeks away from Tiger Woods’ latest comeback attempt, and if his agent is to be believed, Woods will actually tee it up on Dec. 2 in the Bahamas at the Hero World Challenge.

Woods’ agent, Mark Steinberg, told ESPN on Tuesday that Woods is “getting after it a bit more, continuing to work toward that goal and excited to get back out there and compete, see the guys and be in the locker room instead of being an assistant captain,” as the golfer was during the U.S. Ryder Cup victory.

The decision to withdraw from the Safeway event in October — where Woods had intended to return, committed on the Friday prior and then changed his mind three days later — was “never about his determination.”

“The determination is still there,” Steinberg told ESPN. “We’ve still got two weeks to go, but he is doing the things necessary to get himself as ready as he can be, but it’s going to be 15 months since the last time he played competitively.”

Steinberg would not say if Woods is limited in any way — “those are questions he’ll answer and he can certainly give a better perspective than me, and they’ll be more relevant two weeks from now” — but made clear again that his decision to skip the Safeway tournament was not related to any physical problems.

A reliable source has told me that Tiger Woods shot 63 at Seminole today, including 2 eagles, 7 birdies and 2 bogies #STP

Woods better be getting after it if he wants to compete with those guys.