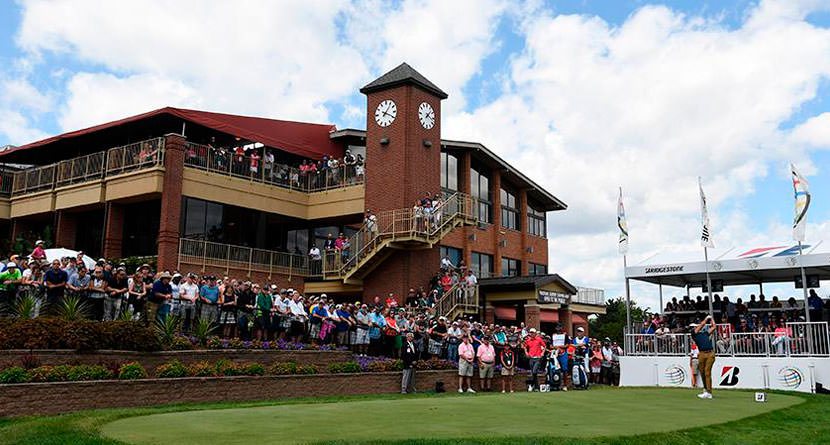 The PGA Tour is making a big move in 2019, which was first reported by the Memphis Commercial Appeal. The long-held WGC-Bridgestone Championship at Firestone Country Club in Akron, Ohio is moving to Memphis in 2019.

The announcement was made during a press conference at Shelby Farms on Thursday, which featured PGA Tour commissioner Jay Monahan, defending FedEx Cup winner Justin Thomas, FedEx President David Bronczek, ALSAC/St. Jude CEO Richard Shadyac Jr., and Jack Sammons, the chairman of the Board of Directors of the FedEx St. Jude Classic.

It’s expected to announce that Memphis is getting a WGC event starting in August 2019. https://t.co/JmV3RIXYa8

The Memphis event has been played for the last several years the week before the U.S. Open, but the Memphis event will inherit the WGC’s typical August date, leaving the pre-U.S. Open week held by the FedEx St. Jude Classic open for another tournament to fill.

The Tour will not be completely abandoning Northeast Ohio. Also on Thursday, the Tour announced that the Senior Players Championship will be played at Firestone Country Club. The Senior Players is one of the five major championships contested on the PGA Tour Champions. Bridgestone will be the presenting sponsor.

“Bridgestone has been a tremendous partner and valued member of the PGA Tour family since 2005, and we are excited to begin this new journey with them as we bring major championship golf to Northeast Ohio with the Bridgestone Senior Players Championship,” PGA Tour Commissioner Jay Monahan said. “With Firestone Country Club’s South Course as the host venue, golf’s 65-year tradition in Akron will continue.”