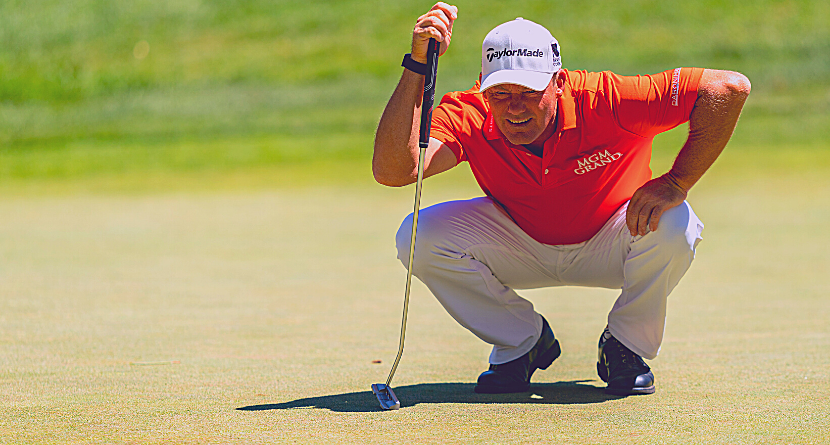 The defending champion of the senior circuit’s first major of the season was unceremoniously booted from the event when he skirted a relatively new rule over the weekend.

Alex Cejka, 51, a two-time winner on the PGA Tour Champions who last year captured the Regions Tradition in a playoff, was disqualified from this year’s event at the conclusion of the third round on Saturday for violating Model Local Rule G-11, which limits the use of green-reading materials.

Enacted in January, the purpose of the rule is to “return to a position where players and caddies use only their skill, judgment and feel along with any information gained through experience, preparation and practice to read the line of play on the putting green.”

Of all players, Cejka should have been well acquainted with rules regarding green-reading books. In 2019, he was disqualified from the Honda Classic for using an outdated book whose images of the greens were larger than the allowable size.

John Daly was also disqualified from the Regions Tradition after failing to sign his scorecard after the second round. Both players declined to speak with the media.