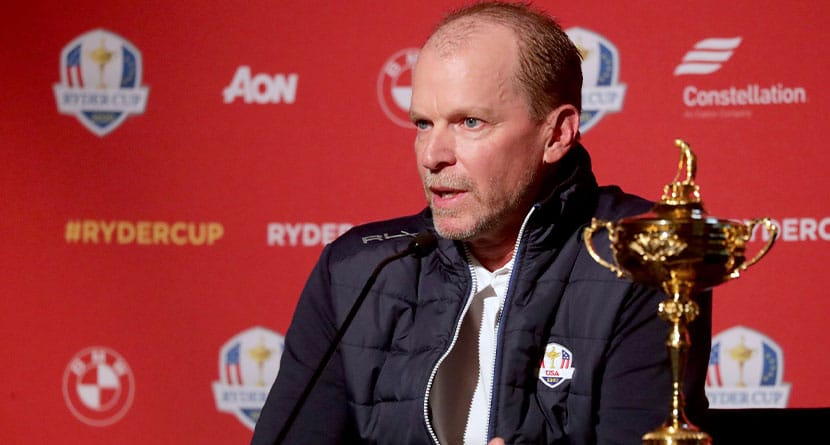 United States captain Steve Stricker filled the remaining six spots on the roster for this month’s Ryder Cup at Whistling Straits with a mix of international team veterans and rookies ready to make their mark.

“We are super excited about these six individuals,” Stricker said. “I talked to each and every one of them a couple of days ago, and they are extremely excited and happy and fired up to be a part of this team. They’re all a great fit for Whistling Straits. They all told me they can’t wait to get here and to do one thing and that’s bring the Cup back to where it belongs.”

The Reed omission is one that could come back to bite Stricker should the U.S. not perform given Reed’s proficiency on the course in Ryder Cups — 7-3-2, including 3-0 in singles. That’s to say nothing, however, of how he may be received in the team room in the aftermath of the 2019 matches.

“That was a very, very difficult call, kind of lost sleep over that one,” Stricker said. “He’s a tremendous competitor, he brings a lot to match-play golf. His record here at the Ryder Cup is pretty darn good. But I think just the uncertainty of his health and really the lack of play that led to our decision down the stretch.”

Stricker’s captain’s picks included four Ryder Cup rookies in Schauffele, English, Berger and Scheffler to join two other auto-qualifying rookies in Morikawa and Cantlay. The last time the United States had six rookies on the team was the 2008 Ryder Cup, which the U.S. won at Valhalla.

“We were looking for the best players to perform at Whistling Straits and these six guys that we picked we feel fit Whistling Straits to a T,” Stricker said. “We’ve done some analysis of rookies since 2008 and U.S. rookies have a 40-29-17 record in Ryder Cups, so rookies fare very well in this type of format.

“Some of them really aren’t really ‘rookies’; they’ve played on past Presidents Cup teams. Some of these guys have match play competition under their belts as well. We don’t really feel like they’re rookies. We’re just happy to have these guys.”

The Americans will know the full team of their opponents following this week’s BMW PGA Championship on the European Tour, but five players have qualified based on points already: Jon Rahm, Tommy Fleetwood, Rory McIlroy, Paul Casey and Viktor Hovland.