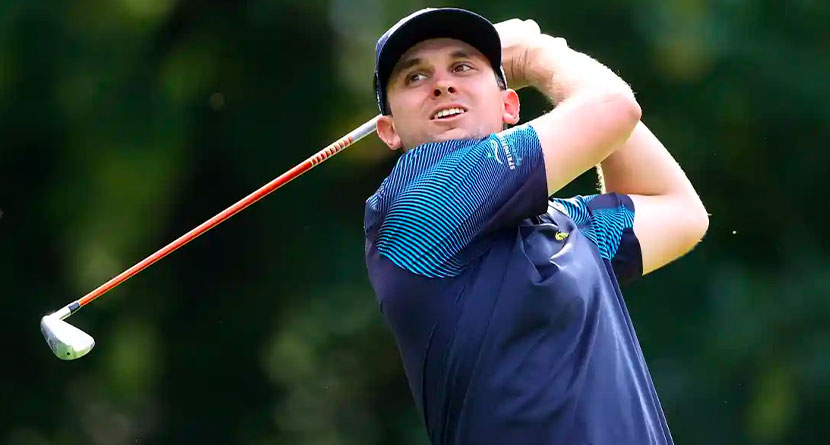 An American Tour pro was disqualified from this week’s European Tour event before he ever hit a shot in competition.

John Catlin, and his caddie, Nathan Mulrooney, went out to dinner on Tuesday evening at a restaurant near Hanbury Manor, where this week’s English Championship is being held, which violated the Tour’s COVID-19 protocols.

According to The Guardian, the European Tour has created a “biosecure ring” around its events, now in their third week back from the pandemic-induced break. Competitors and others involved in the tournament cannot go anywhere other than their hotel and the golf course.

Having been cleared by the Tour by checking into the hotel and event via testing, Catlin violated the Tour’s protocols by leaving the secure area designated by the Tour.

“I apologize to my fellow players and everyone involved with the tournament this week for this error of judgment,” Catlin said. “I understand the European Tour’s decision and accept the sanction.”

“The European Tour has withdrawn American John Catlin and his caddie Nathan Mulrooney from this week’s English Championship at Hanbury Manor following a breach of its COVID-19 protocol,” the Tour said in a statement. “The duo visited a local restaurant on the evening of Tuesday, August 4 outside the tournament bubble, hence compromising the Tour’s health guidelines, and were withdrawn from the tournament with immediate effect as a result.”

Catlin, who is ranked No. 242 in the world, turned pro in 2013 after a successful career at the University of New Mexico. Catlin has won four times on the Asian Tour and began playing on the European Tour in 2019.

Catlin has played in all three events since the restart, highlighted by a T8 finish at the Austrian Open.