Americans Can Count On Turnover For The Ryder Cup Team 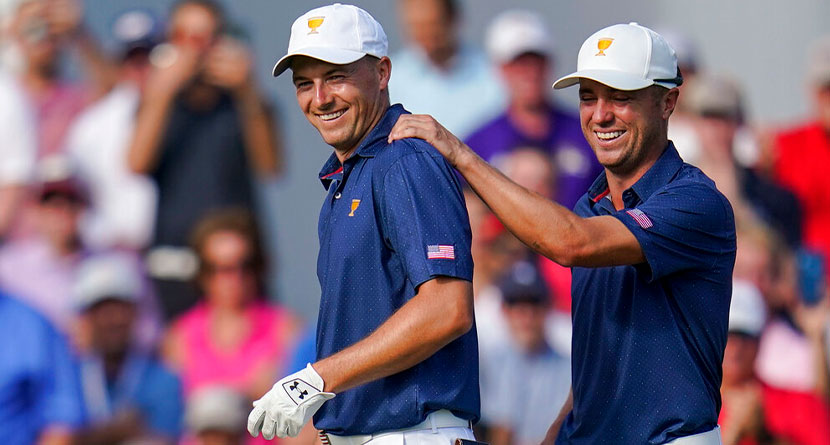 CHARLOTTE, N.C. (AP) — Before the Presidents Cup party could even get started, the Americans couldn’t escape questions about what comes next.

The Ryder Cup is one year away in Rome, and while the Americans demolished an aging European team at Whistling Straits last year, they have not won the Ryder Cup away from home in longer than Jordan Spieth can remember.

“You could tell me the last time it happened,” he said.

It was 1993, about two months after Spieth was born. The winning putt came from Davis Love III, now 58, who then was playing in his first Ryder Cup. So it’s been a long time.

The Americans have reason to feel confident the losing streak in Europe will end. In their last three team events, they have won by a collective 23 points.

They had all 12 players in the top 25 in the world ranking, which is nothing new. It’s been that way for every U.S. team dating to the 2017 Presidents Cup, when Kevin Kisner was at No. 26 and Phil Mickelson at No. 30.

“It’s a tall task, going over there,” Spieth said. “I’ve played in a couple of away games now, and they’re very different. But I mean, I’d take this team over there against anybody in the world. … Going over there, on the road, and winning would be incredibly special next year. And I really hope I’m a part of the team.”

It’s that last comment that makes next year so interesting. As good as the Americans have looked over the last decade, no more than nine players have made it from one team to the next one (Presidents Cup and Ryder Cup) over the last 10 years.

The last five teams have included five players who weren’t on the previous one.

Spieth would know from experience. He was a three-time major champion in 2017 a few days before he turned 24. He qualified for the Ryder Cup the following year. And then he was left off the Presidents Cup team that went to Royal Melbourne in 2019.

If not for the COVID-19 pandemic that postponed the matches one year and allowed Steve Stricker to have six captain’s picks, Spieth probably wouldn’t have been on last year’s Ryder Cup team.

Newcomers to the U.S. team this year were Billy Horschel, Cameron Young, Sam Burns and Max Homa. A year ago, Young was just starting his rookie season on the PGA Tour and was No. 174 in the world.

It’s not just a matter of which players won’t be at the Ryder Cup, it’s more which new players are going to be difficult to leave off.

As for Europeans, it would seem they are hurt by LIV Golf just like the International team was for the Presidents Cup. Then again, of the five players from the 2021 team who joined LIV Golf, the youngest was Bernd Wiesberger. He’s 36, and the Austrian was No. 94 in the world when he joined in June.

Europe has a core of major champions in Rory McIlroy, Jon Rahm, Matt Fitzpatrick and Shane Lowry, along with Viktor Hovland, Tyrrell Hatton, Tommy Fleetwood and perhaps Thomas Pieters, who went 4-1 at Hazeltine and is regaining that form.

Just like the previous 30 years, Americans winning in Europe probably won’t be easy.