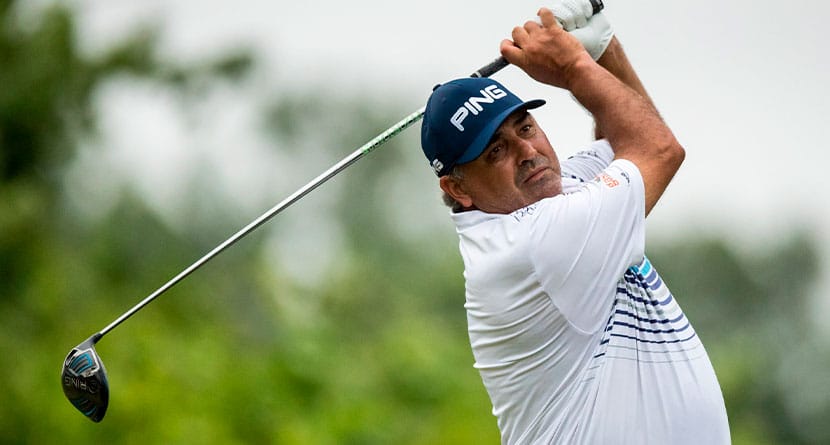 Angel Cabrera, the winner of the 2007 U.S. Open and 2009 Masters, was arrested on Thursday in an upper-class area of Rio de Janeiro by Brazil’s federal police, according to a report from the Associated Press.

Cabrera, who was on Interpol’s red code list, will be held until he can be extradited to his home country of Argentina to face charges for several crimes allegedly committed from 2016 to last year. The police statement said the arrest was authorized by Brazil’s top court.

Cabrera has been charged by officials in Argentina with assault, theft, illegal intimidation and repeated disrespect to authorities.

Breaking: Angel Cabrera arrested in Brazil, to be extradited to Argentina to face several charges, per AP: https://t.co/7WoMRR1bak pic.twitter.com/ilWOAKWpGu

Cabrera’s former wife, Silva Rivadero, filed two charges against the golfer in January, according to the report. Another former partner, Cecilia Torres claimed Cabrera punched and threatened her and attempted to run her over with his car in 2016.