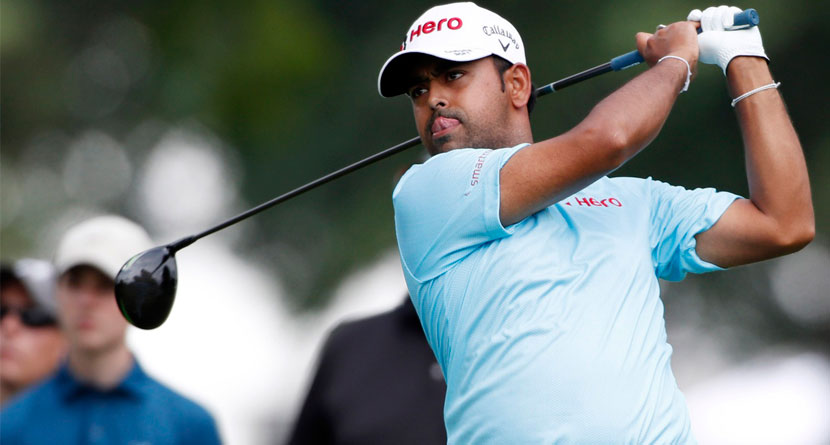 Some things are simply more important than golf.

For Indian Tour pro Anirban Lahiri, getting his family out of the path of Hurricane Dorian, the tropical storm threatening much of Florida and the Eastern seaboard, was more important than improving his standing in the Korn Ferry Tour Finals.

“Unfortunately had to withdraw from [the Tour Championship] to head back to Florida and evacuate the family,” Lahiri wrote on Twitter.

Unfortunately had to withdraw from @tourchampulf to head back to Florida and evacuate the family. Cat-4 #HurricaneDorian2019 estimated to make landfall in 72hrs. See you all @PGATOUR in a couple of weeks. #familyfirst

The storm, which is expected to make landfall in Florida on Monday or Tuesday, has reached a category 4 major hurricane level. The National Weather Service has issued tropical storm watch for Florida’s East Coast. The forecast currently portends that the storm will move through Florida and up the coast into Georgia and the Carolinas.

Lahiri had one top-10 in 2018-19 at the Mayakoba Golf Classic and missed nine of his 23 cuts to be relegated to the Korn Ferry Tour finals where he finished T7 at the Nationwide Children’s Hospital Championship and T5 at the Albertson’s Boise Open to place himself seventh in the KFT Finals standings and very likely lock up his PGA Tour card for 2019.

The Korn Ferry Finals award 25 PGA Tour cards to the top finishers in the three-tournament series to go along with 25 other cards that were given to the 25 top point earners on the Korn Ferry Tour over the course of the season.

The Korn Ferry Tour Championship began on Friday in Evansville, Indiana and will wrap up on Monday, September 2nd. Through two rounds, Chris Baker leads the way by two strokes over Lanto Griffin and Tom Lewis.