Palmer To Be Honored With USPS Forever Stamp 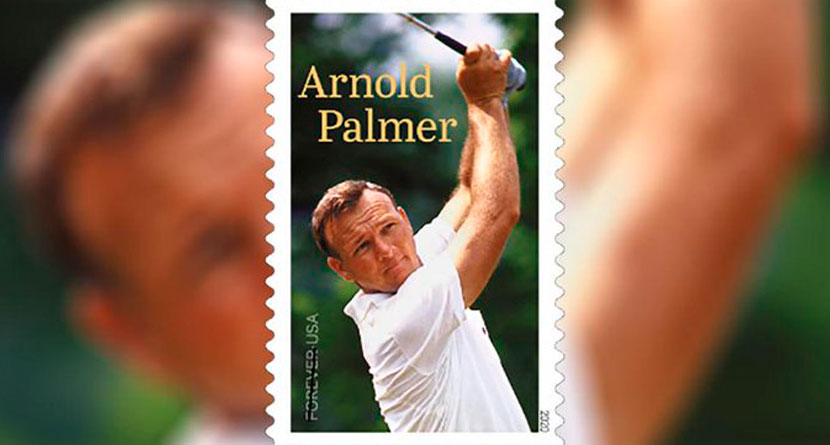 Arnold Palmer’s legacy is getting another addition in 2020, the United States Postal Service announced on Tuesday.

As part of its nationwide stamp program, The King will be recognized with a stamp that shows James Drake’s action photograph of Palmer at the 1964 U.S. Open at Congressional Country Club in Bethesda, Maryland.

“To have my father celebrated in this way is a true honor,” Amy Saunders, Palmer’s daughter and chairwoman of the Arnold & Winnie Palmer Foundation, said. “It’s something I think he would be proud of as both an individual and as an American, and it’s a wonderful way to preserve his legacy.”

U.S. Postal Service announces it will issue an Arnold Palmer stamp next year. Might be enough to get me to send some actual mail again. pic.twitter.com/FHKryR5Mwq

According to the release, Palmer was selected for the Forever Stamp campaign “for his positive impact and compelling story, rising from humble beginnings to become a globally revered champion.” The U.S. Postal Service said, “With drive and charisma, he helped transform a game once seen as a pastime for the elite into a sport enjoyed by the masses.”

As a Forever Stamp, the Palmer stamp will always be equal in value to the current First Class Mail price.

The USPS will announce the date and venue for First Day of Issue at a later date. Once dedicated, stamps can be purchased at a local post office location or online at www.usups.com/shop.

Palmer joins Bobby Jones, Babe Zaharias and Francis Ouimet as other golfers to have commemorative or comparative stamps issued in their memories by the USPS, according to GolfDigest.com.