Asian Golf On The Rise Beyond The Presidents Cup 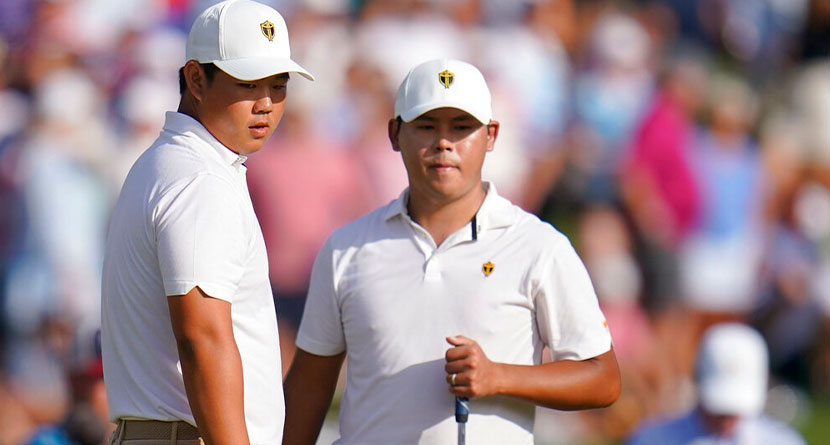 The International team at the Presidents Cup featured four South Koreans, the most ever. They combined for a 9-7-1 record, and one of them is a star in the making. That would be 20-year-old Tom Kim, who earned his PGA Tour card last month by winning the Wyndham Championship.

The progress of Asian golf — Masters champion Hideki Matsuyama is the biggest star — went beyond the Presidents Cup.

On Sunday in the Panasonic Open, Taiga Semikawa became the sixth amateur to win on the Japan Golf Tour. Also over the weekend, Cheng-wei Hsieh became the youngest player (14 years, 33 days) to make the 36-hole cut on a major tour at the Yeangder TPC on the Asian Tour.

Not to be forgotten is Ratchanon Chantananuwat, who goes by “T.K.” The 15-year-old Thai became the youngest winner on a tour recognized by the Official World Golf Ranking when he won the Trust Golf Asian Mixed Cup. He won by two shots over Tom Kim.

It’s not hard to imagine the International team with a new look — and spots on the team more difficult to earn — in the coming years.

The next opening is in 2032, and the choice should be obvious, at least by region.